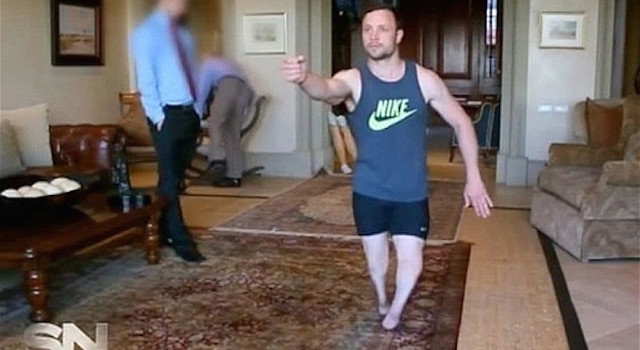 Surely they can just strap it to his wrist or something?

Last month Oscar Pistorius was handed a culpable homicide conviction and sentenced to just FIVE YEARS in prison, meaning he’d only spend about 10 months in actual jail and ride the rest out on tag at his mansion in South Africa.

His prosecutors are appealing the sentence on December 9th, but until then they’ll no doubt enjoy the news that Oscar may not get an early release at all because an electronic tagging device can’t be securely fitted to his prosthetic legs. 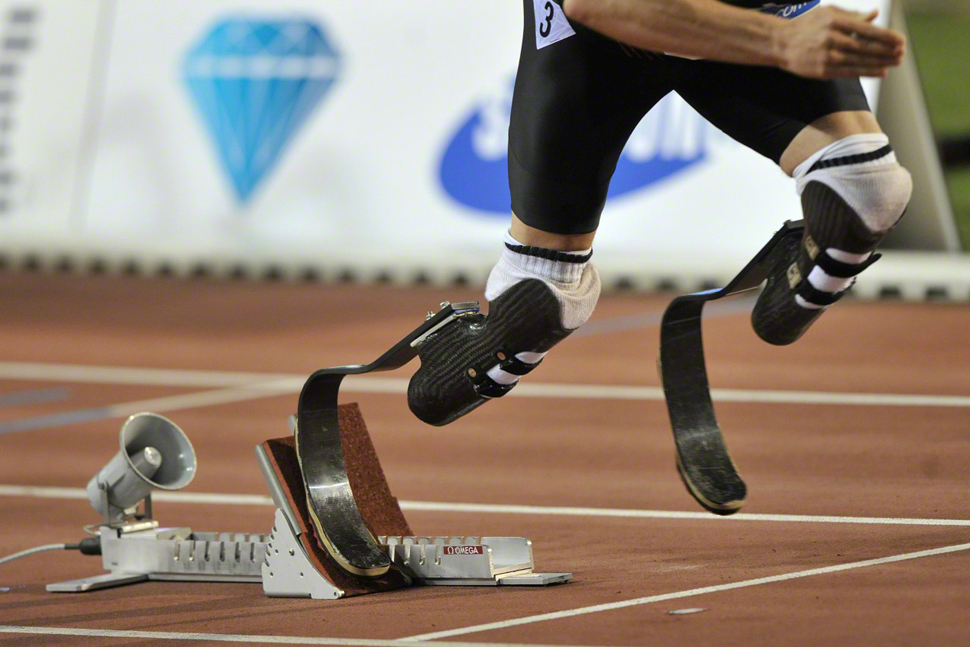 Oscar hoped he’d quality for home detection curfew with a tag after just ten months but it turns out electronic tags cannot by law be fixed to a person’s wrists.

The device has to be attached physically to the offender’s ankle. We cannot use it on false limbs which could be left somewhere static while the offender goes missing.

After all the success he attained with his blade runner legs, how ironic that they’re now really fucking things up for him. That’s the thing about fake legs; one year they’re helping you win Olympic gold, the next they’re keeping you in jail for 5 years because you’ve got no ankles. Oh well, should’ve thought about that one before he murdered his girlfriend.

No worries though — he can still Tweet Katie Price from his jail cell.