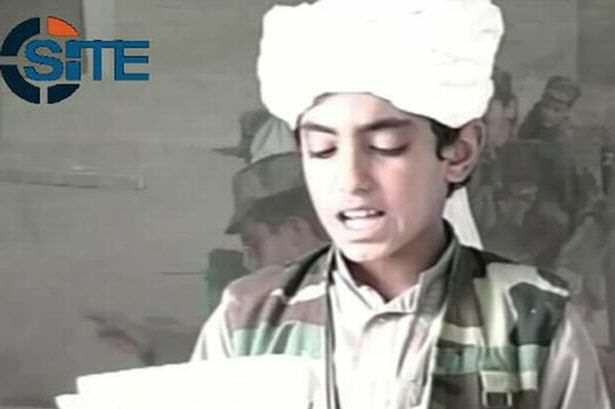 Not another terrorist group making a comeback.

Osama bin Laden was killed by the US military about five years ago and since then, Al Qaeda has taken a back seat to ISIS in terms of terror attacks and all round dickheadedness.

That might all be about to change though after bin Laden’s son Hamza released a 21 minute video onto the internet in which he vows revenge on the United States for the assassination of his father and promises to continue his father’s work in Al Qaeda.

Here’s a key part of the speech:

We will continue striking you and targeting you in your country and abroad in response to your oppression of the people of Palestine, Afghanistan, Syria, Iraq, Yemen, Somalia and the rest of the Muslim lands that did not survive your oppression.

As for the revenge by the Islamic nation for Sheikh Osama, may Allah have mercy on him, it is not revenge for Osama the person, but it is revenge for those who defended Islam.

Ominous. The group tend to use Hamza as its new figurehead in an effort to appeal to younger voices around the world – he’s thought to be around 24 now – as its popularity has declined in recent years due to the rise of ISIS. He’s been described as an articulate and dangerous enemy.

I’m not sure how effective Hamza’s leadership is going to be or if we have to start worrying about Al Qaeda again as well as ISIS, but this can’t exactly be described as good news can it? At least we know that ISIS is currently up against it in the Middle East, but if we do manage to shut them down, then it’s not going to be that great if Al Qaeda just pop up again to replace them is it? Hopefully that won’t actually happen though.