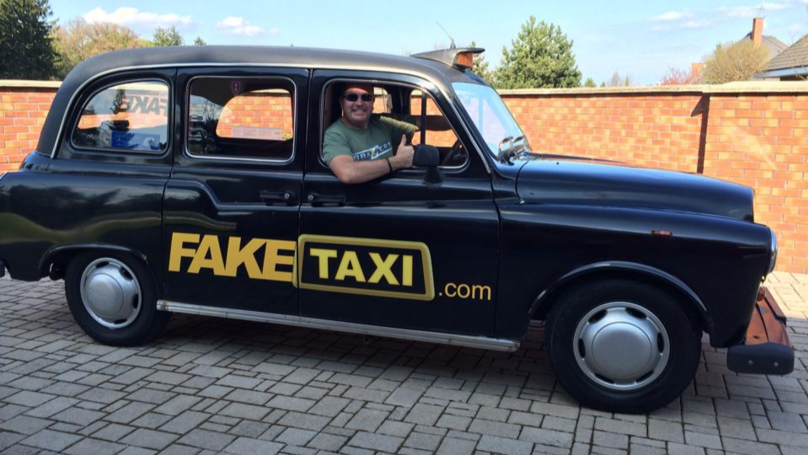 The Fake Taxi team sent the following tweet to announce that it was missing yesterday afternoon, along with a screenshot of the thieves robbing it in action. Lew Thomas  -Head of Production at Fake Taxi – also said the following:

We’re at a loss for words. The vehicle has a lot of history with our site and is deeply missed.

We have other vehicles available, so this will not halt production on FAKE Taxi or FAKEhub. We hope to find the vehicle soon, so any assistance the public can offer in locating the vehicle will be very helpful.

The statement explained that the vehicle is black with a yellow ‘Fake Taxi’ logo printed horizontally along each side of the car, including on the rear window.

For more taxis, check out this taxi driver who uploaded a picture of a woman breastfeeding in his cab. Not cool.