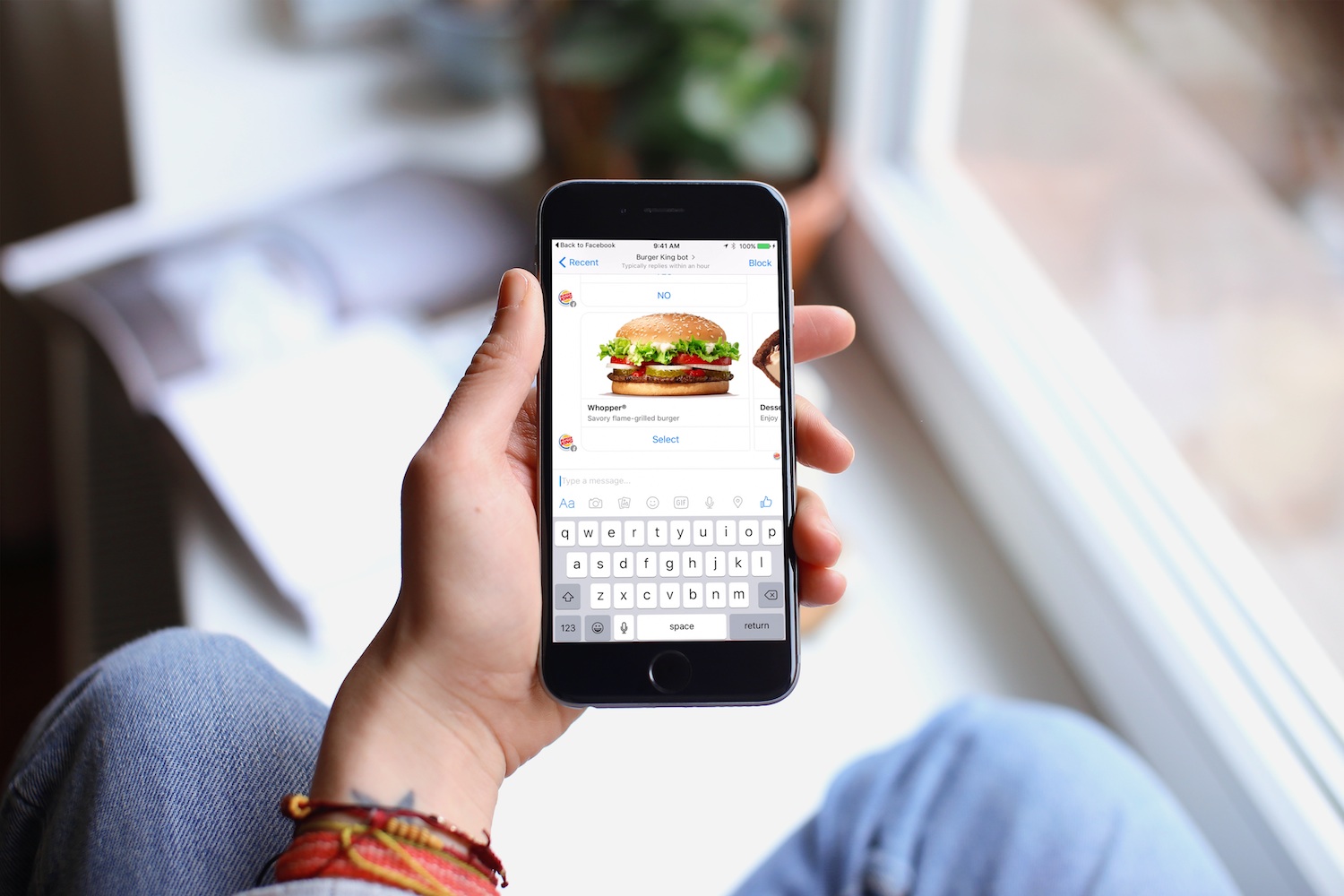 A while ago we mentioned that companies were going to start contacting you via Facebook messenger and you would be able to use it for all your customer service needs, but it’s gotten even better today with the announcement that you’ll now be able to use it to order your Burger King meal.

The bot that you’re talking to will take your order when you tell it which restaurant you’re heading to and subsequently provide you with a time estimate of how long the burger will take to cook and how much it’s going to cost. Here’s a video of it in action:

And even if you were the kind of person who specifically goes out to go to Burger King every now and again (sort your life out for a start), I doubt that you’re going to be in such a rush that you can’t wait the two minutes it usually takes to get your food cooked.

So yeah, I think this app is a nice idea but ultimately useless. If they made it a delivery service though, then we could be talking.