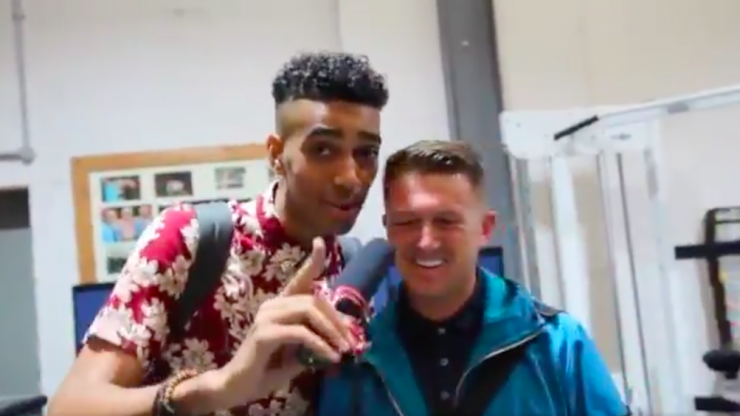 There’s nothing that seems to split opinion amongst Sick Chirpse readers like the EDL and Tommy Robinson, so obviously I’m going to write as many stories about him as possible. Gotta get that comment section buzzing.

The latest dumb incident involving him comes courtesy of Niko Omilana, a guy who has made a point of trolling various EDL marches in the past by interviewing people on them and just generally taking the piss out of them. He really has excelled here though as he’s made up an EDL parody group and then met up with Tommy Robinson himself and got him to give it a shout out on record. Lol:

hahahahaha this is the greatest moment of my life pic.twitter.com/94LPpXvs9G

trolled the edl, created a parody movement mocking them called the ndl and then got the creator of the edl to tell people to join it. I HAVE PEAKED.

I mean this is funny but you can’t really blame Tommy Robinson for being gullible because someone’s literally come up to him and just said ‘say you like this’ and he’s done it, probably so they’ll go away and leave him alone. Still pretty jokes though sure.

Kinda ruins it a bit by how smug Niko is about it as well. You don’t really need to rub it in with the last twenty seconds of the videos saying that you own the EDL because of this – you don’t and it just makes you look like an immature little idiot. Just stick to the trolling, you don’t need to add in your little victory speech as well at the end.

For more Tommy Robinson, check out this analysis of his handwriting. Pretty accurate.