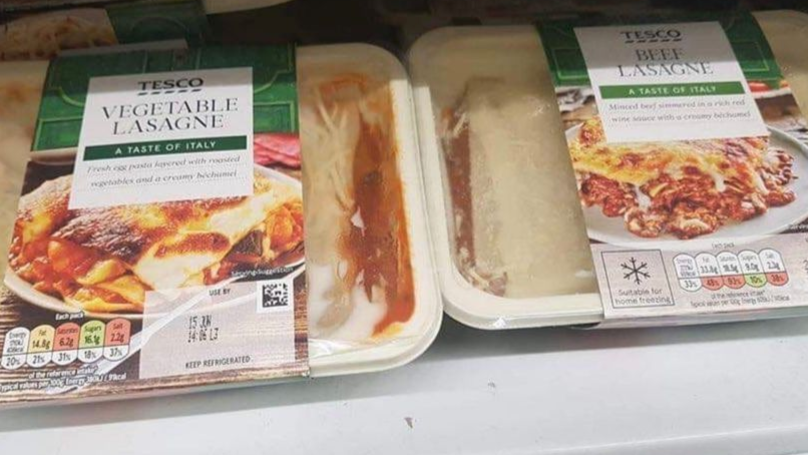 The latest in the series of pranks that aren’t actually pranks or even slightly funny is here with this guy from Northern Ireland, who is claiming that some days he goes into Tesco and swaps the labels on the meat and veggie lasagnas around just for kicks.

The guy decided to share his exploits on a group called ‘Northern Ireland Craic’, where he posted the following: 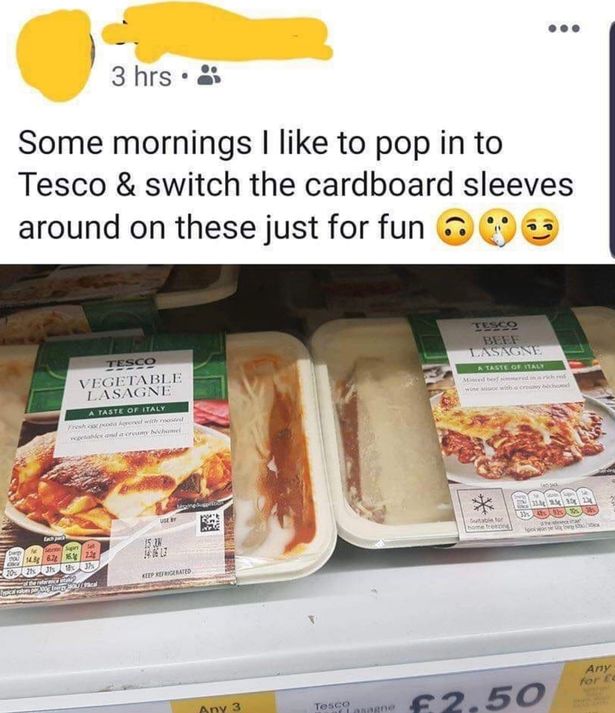 Yeah not really sure if I’m behind that. Whilst I can admit that vegetarians can sometimes be annoying with their righteous attitudes, I don’t think that tricking them into eating meat is really that funny or that cool. There are also a multitude of other reasons why people might not want to eat beef or meat – religious or dietary grounds immediately spring to mind – so again I don’t think this guy is really doing anyone any favours here, and moreover is probably making himself look like a dickhead more than anything.

Nevertheless, the post received 1000 likes at the time of posting and has around 2000 comments, thankfully mostly from people agreeing with me and calling him out for being a twat. There were a worrying amount of people out there who thought that it was cool though which is a bit concerning. Hopefully they realise what dickheads they are and get a bit more woke about the situation, but I fear people like this are a bit of a lost cause.

Tesco themselves have commented that they’re aware of the article and are taking precautions to ensure that no veggie lasagna is being sold as meat lasagna, so at least the popularity of this post has caused some action to be taken if nothing else. That’s something I guess.

For more vegetarians, check out this survey that reckons meat eaters have way more sex than vegetarians. Well there you go.