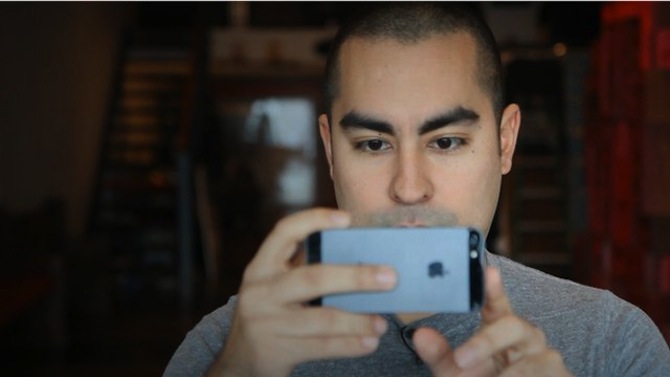 This guy filmed one second of every day of the year to make this cool video montage of his life as he approached his 30th birthday.

I’m constantly being told that in order to be successful, and land a decent job, I have to think outside the box and be creative. Who the fuck has time to think outside the box? I’m working six days out of seven, and three of those days I’m not even being paid for. I’ve become an expert at budgeting. I roam the aisles of Tesco at ridiculously un-Godly hours in order to land myself a discount 5p doughnut. If it’s in Primark, and it’s over a tenner, I won’t buy it. And bananas are bought by weight and not by bag. Much cheaper. That’s about as creative as I can be at the moment. I should work for the Treasury. For I, and many like me, have been unfortunate enough to have entered our adult years in a world where serving an indefinite amount of time in dead-end internships, after a brief stint at University, is the norm. I’m not complaining. I’ll happily serve my time. Call it character building if you must. The world doesn’t owe me anything. But this daily grind is taking its toll. I don’t have time to be creative and think outside the box. So I rely on other people to do it for me, with the hope that their ideas will spark some sort of creative streak in my imagination and somehow allow for me to venture further in my quest for that million dollar pay cheque.

So while procrastinating at work, I came across this rather genius video. The guy behind the iPhone decided to shoot a one second video, everyday, for an entire year. It’s rather cute. I started a similar project a while ago, but instead of video clips, I was going to compile a photo montage of my year. It didn’t go according to plan. I kept forgetting to take photos. Anyway, this guy’s video was like the warm, 3 minute hug that I’ve been in need of for a while now. While watching it, I came to the conclusion that his life is almost as dull as mine. And it filled me with hope. I may be miserable, and my life may really vanilla at the moment, but at least I’m not alone. Safety in numbers.