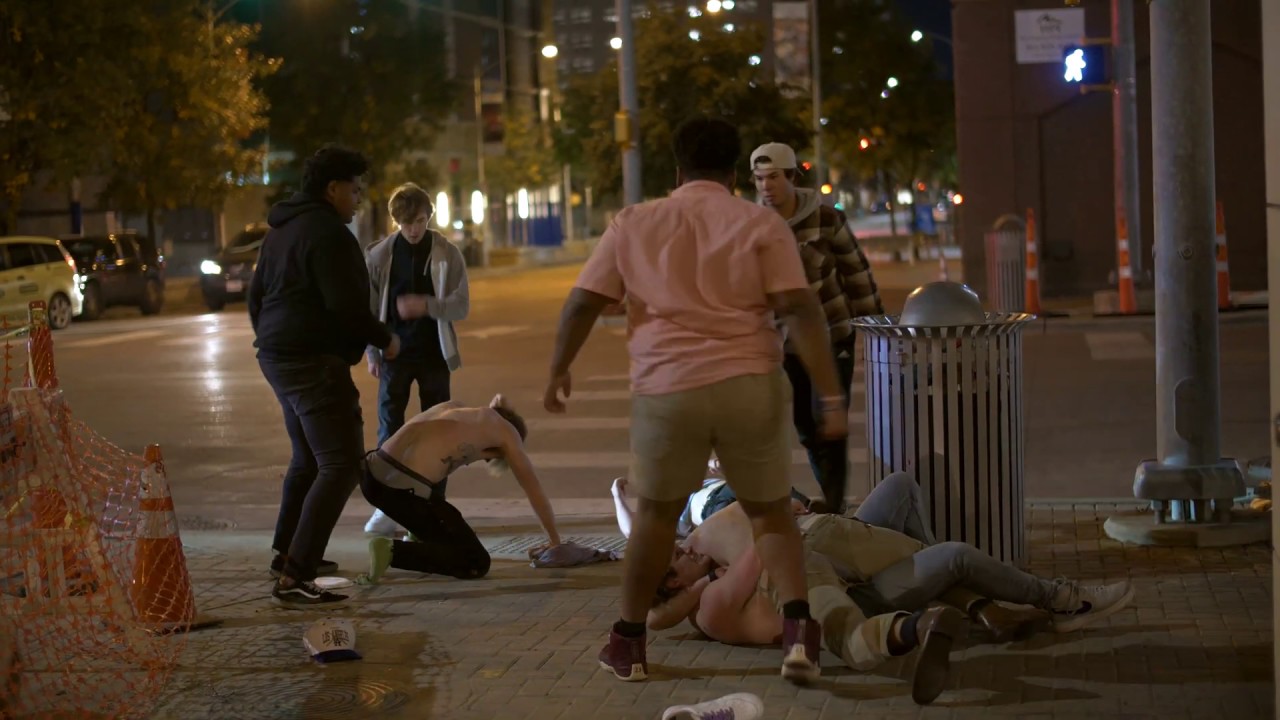 Someone caught this in crystal clear 4K.

There’s this YouTube account called TXStreetfights TV where the uploader runs around with a 4K camera looking for fights in downtown Austin, Texas, and occasionally he does capture some really good quality fight footage.

No idea what started this one but it begins with a fairly straightforward 1 Vs 1, before the fight restarts further down the street involving a whole royal rumble of people:

Wild stuff. Love how the dude with the curly hair is yelling ‘real shit bitch!’ while he had the triangle choke locked in, but I guess no way you’re trying that when there’s half a dozen more people involved.

Really can’t mention the HD quality of these fight videos enough though. It make all the difference seeing limbs connect in crystal clear 4k like it’s professionally produced street fighting or something. That’s very rare in the internet streets but let’s hope the trend continues. Let’s also hope no one was seriously hurt and these chaps stay out of trouble for their own sake, or if not that TXStreetFights is there to catch the footage.

To watch a man destroy a gang of bullies in a street fight with a stunning three-way KO, click HERE.