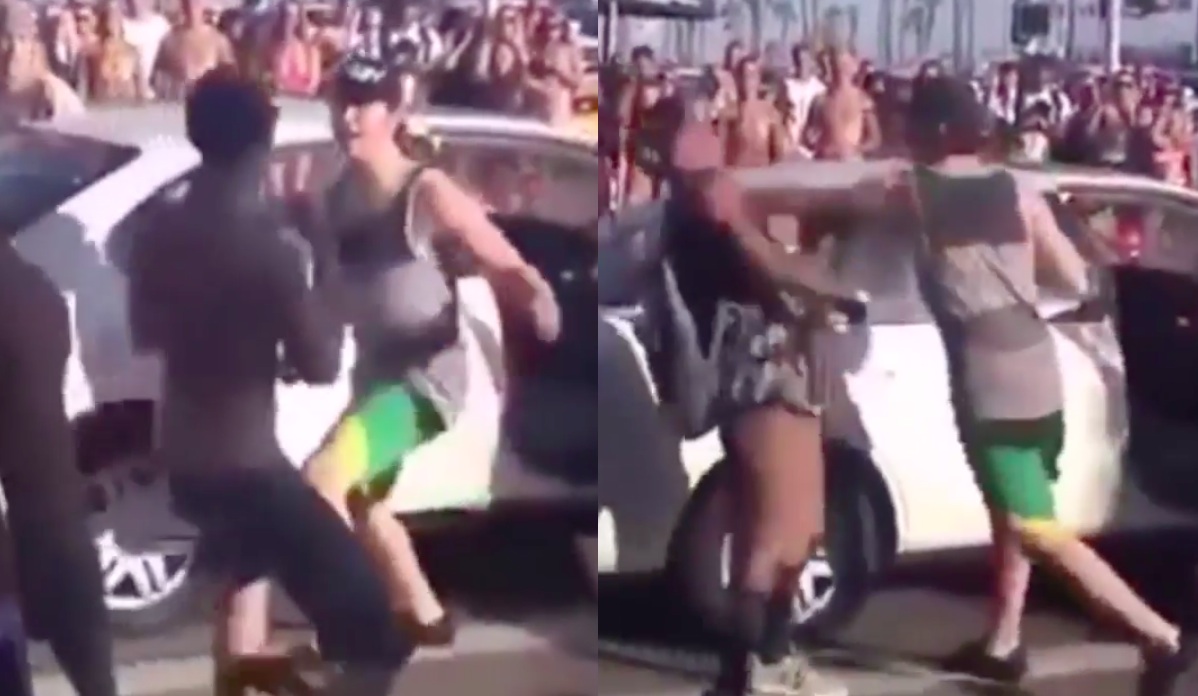 A video has emerged showing the moment a gang of bullies instantly regret picking on a man during a street fight.

The footage shows the three men confronting the guy who had just stepped out of his car, shouting at him to “do something”. Instead of cowering or running away, he takes on every single one of them, knocking them all out with a brutal blow to the face.

Ouch. He almost makes it look easy – I guess being outnumbered is no problem when you’ve got a left hook like Mike Tyson.

To read about the guy who got brutal revenge on the school bully by sleeping with his mum, click HERE.