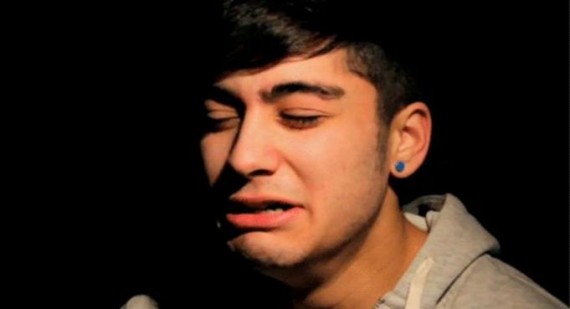 Everyone’s got an opinion on the current conflict, but some of them just aren’t welcome it seems.

It seems that everyone has an opinion on the current beef going down between Israel and Palestine over in Gaza (if you’re unfamiliar with the origins of the conflict, check out our easy to follow guide to Israel V Palestine) and that even extends to One Direction member Zayn Malik, who tweeted this the other day to his 13 million followers:

Obviously, this was bound to split opinion, with 200K retweeks and 200K favourites, along came a bunch of death threats and questions from pro Israel supporters using the (really lame) hashtag #ZaynYouHaveFansInIsrael. Here are some of the best, if you can really call them that. I guess it beats being in the news for being caught smoking weed in your van like Zayn was in the newspapers for a couple of months ago.

#ZaynYouHaveFansInIsrael @zaynmalik Tweet 4 years the band but you can not tweet free falestine you can? Disappointed – Shirel Styles (@1DtoIsraelXx) July 28, 2014