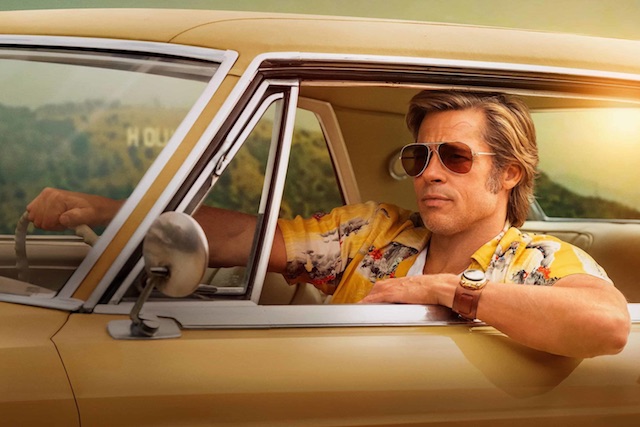 It’s not what you think.

I’m not sure how many people out there were clamouring for a sequel to ‘Once Upon A Time In Hollywood’ – I thought the movie was OK, but would probably have worked better as a miniseries or full length TV show – but those of you were will probably be happy to hear that it revolves around Brad Pitt’s badass stuntman with a mysterious past Cliff Booth.

The movie alluded to some weird episode in Booth’s pass – a fight with Bruce Lee, possibly murdering his wife – and the planned follow up will delve into several of these incidents and more. However, it’s sadly not going to come to life as a movie but instead a novel, as Tarantino revealed during an appearance on the Pure Cinema Podcast:

Check out the cover of Quentin Tarantino’s long-awaited first work of fiction—a novel that expands the story told in his Academy Award-winning film, Once Upon a Time in Hollywood. Coming June 2021 from @harperperennial. https://t.co/SowGYEn9Ui pic.twitter.com/2ySn0OonlB

You’re kind of like, what’s this guy’s deal? And one of the things in the book is, there’s these isolated chapters that tell you, like, this whole chapter will be about Cliff’s past. It goes back in time to tell you about Cliff at this point in time.

The book is is not simply a novelised version of the screenplay – I did so much research to create the book rather than just throwing [in] some scenes that were left out of the editing room.

The novel is  an unwieldy version of the movie.

I don’t really know what unwieldy means, but given my hot take on how I thought the movie would have worked better as a limited series rather than a movie, this does actually seem like a good idea from Quentin Tarantino. Not sure yet if I’m gonna pick it up myself, but if any PRs wanna send it over for review, I’ll gladly take a copy.

For more of the same, check out this playlist of all the songs from Quentin Tarantino’s movies. Completely badass.