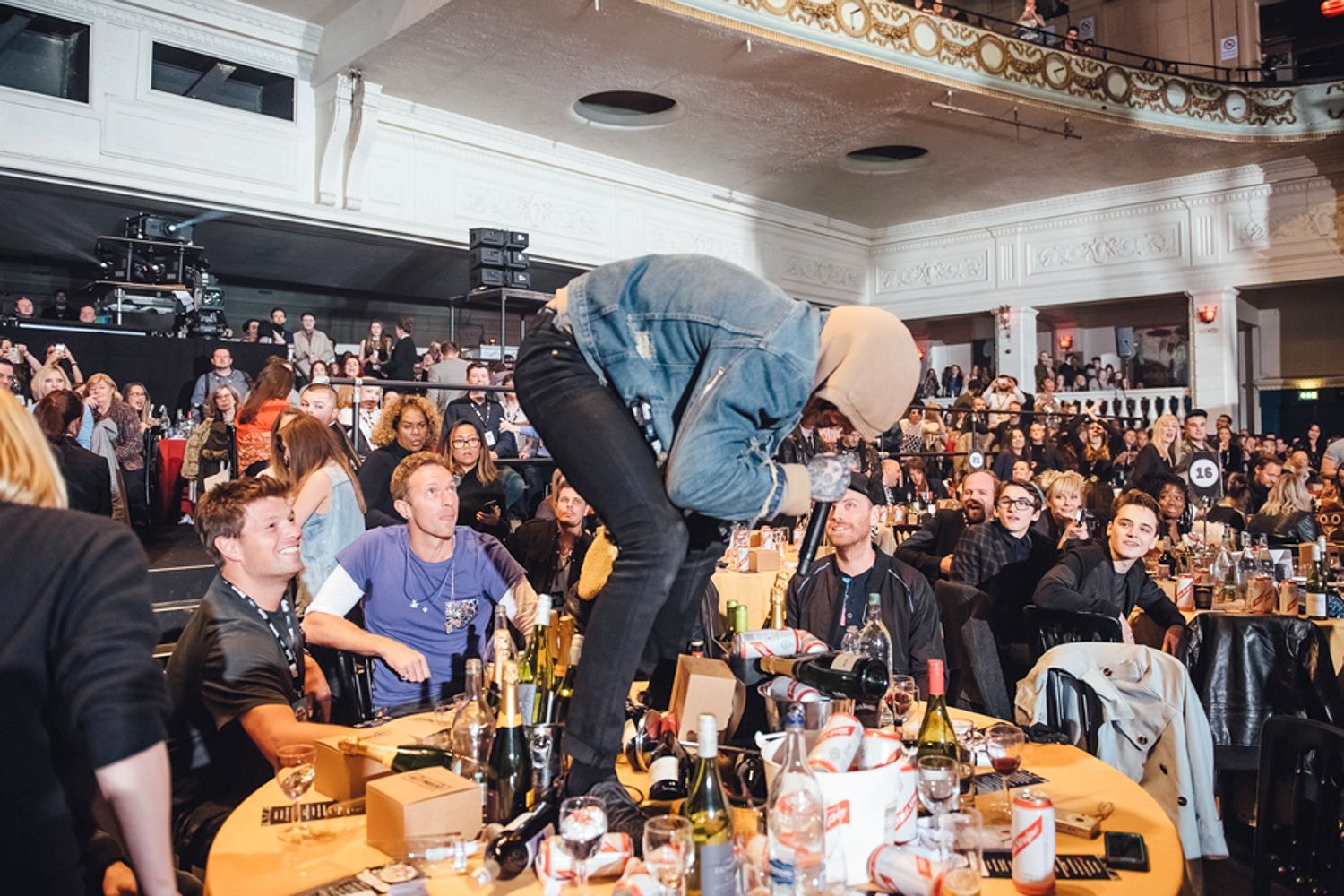 I’m not sure how you’re supposed to react to getting your table smashed up?

As we all saw on Wednesday, Oli Sykes decided to stand on Coldplay’s table and smash it up during his performance of Bring Me The Horizon’s ‘Happy Song’ at the NME Awards on Wednesday night. Obviously Coldplay weren’t too happy about that, but Oli Skyes has come out and throughly laid into their reaction today in an exclusive interview with The Sun:

They’d been promised those wine bottles. A chubby guy came round to their table and asked them what they wanted to drink. Chris told them – then I stood on it.

I was going to try to say sorry, but after his abusive and downright out-of-order reaction, I’m out. They tried to kick us out. It’s proper got out of hand.

I was trying to be rock ’n’ roll but it was the wrong table, wrong crowd. 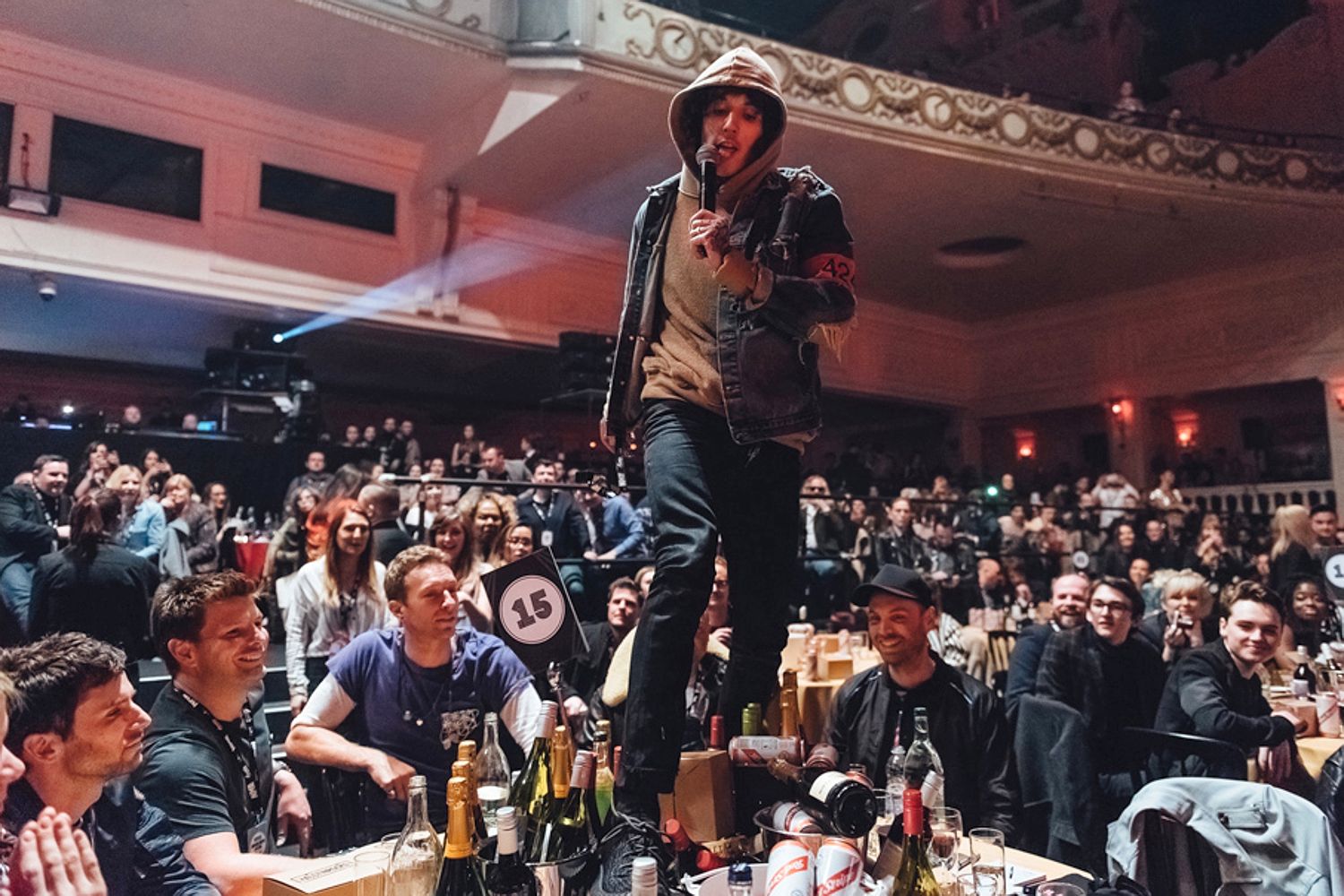 That’s the first time you’ve seen Chris Martin angry. Chris has slagged us off before.

We’re trying to break down the system.

Ok then. Although that doesn’t really make a lot of sense – how is smashing up Coldplay’s table trying to break down the system? – I suppose you would be a bit annoyed that someone tried to throw you out after you were just doing what any self respecting rockstar does every night?

In fairness to Chris Martin though, it’s also pretty annoying and massively disrespectful if someone comes along and smashes up your wine bottles that you specifically ordered. I suppose you should just take these things with a pinch of salt in the rock n roll world though, especially when you’ve ripped off the other guy’s album artwork.