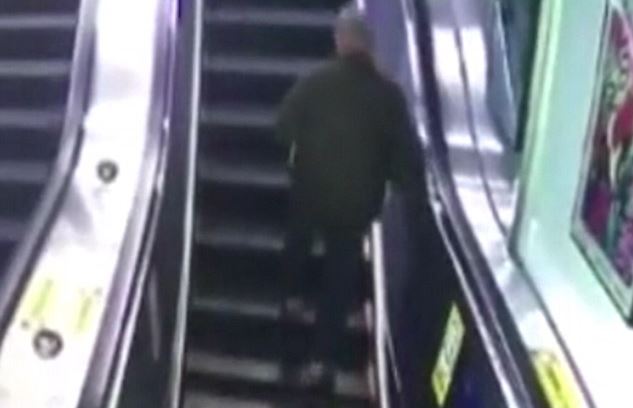 I was fully prepared for some laughs when I clicked the link to this video on LikeLeak, but have to say – it’s not nearly as funny as I was hoping it would be.

That’s because this old man over in China does the exact opposite of what you’re supposed to do when you’re an OAP falling down an escalator – just hold still:

Brutal stuff. The guy just kept rolling and rolling and rolling – at one point he disappears off screen and you think that’s that but he just tumbles all the way back down again. I was literally yelling advice at him from my laptop – stop moving! Stop rolling! Why are you still rolling?!

Maybe his wife was nagging him about going into another shop after they’d already been shopping for 5 hours. After all it was enough for this young man to literally jump off a balcony when his girlfriend did the same.