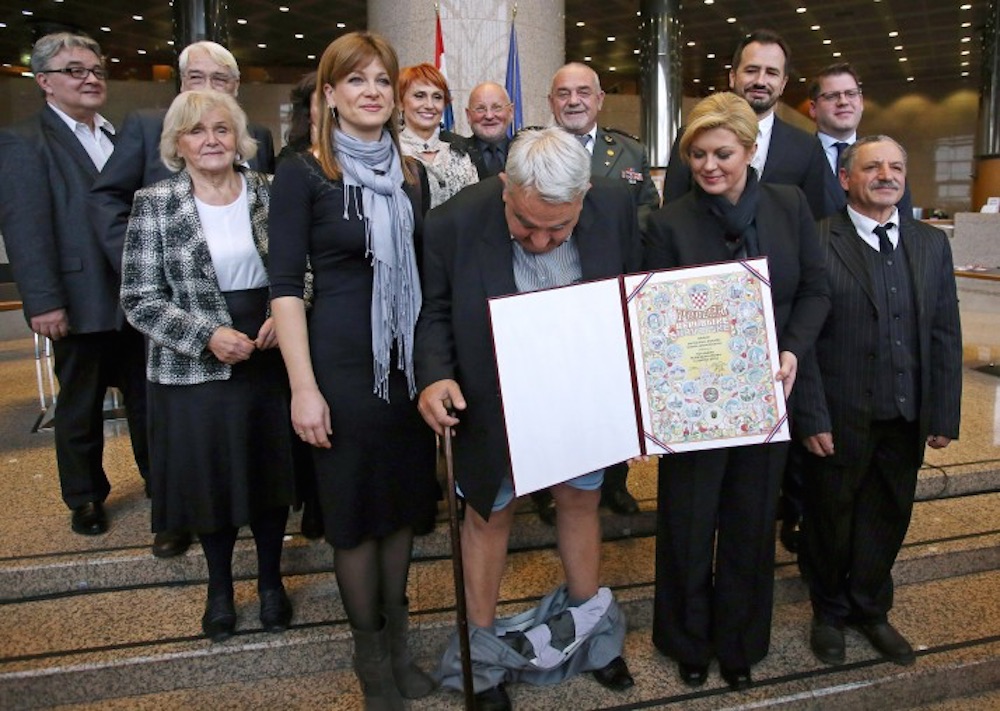 Imagine working your whole life for something and then eventually getting so sick at it that you actually get an award from the President for it. That would probably be the best day of your life – unless your pants fell down as you were receiving the award.

Ivan Zvonimir ÄŒiÄak is the President of Croatia’s leading human rights organisation – the Croatian Helsinki Committee for Human Rights – and is probably a thoroughly decent bloke on that basis. He was receiving an award recognising the work of the organisation form the President of Croatia Kolinda Grabar-KitaroviÄ‡ when the unthinkable happened.

I’m not sure if ÄŒiÄak was holding his pants up with his hands or what, but he had one hand on his cane and another on the award. As such, his trousers fell down at probably the most crucial moment of his life. And of course the paparazzi were there to get him in all his glory.

Well, you’re probably never going to live that one down. Imagine whenever you’re at a family event, that cousin you really hate will always be like ‘hey Ivan, remember when your pants fell down in front of the President? LOL!’

In fact, that’s probably going to happen to him every time he hangs out with his friends or every time he goes out in public. Still he looks happy enough about it, and Grabar-KitaroviÄ‡ looks pretty into it as well. Maybe he got lucky after the awards ceremony.

At least ÄŒiÄak can be happy he didn’t crap his pants when they came down like this girl.