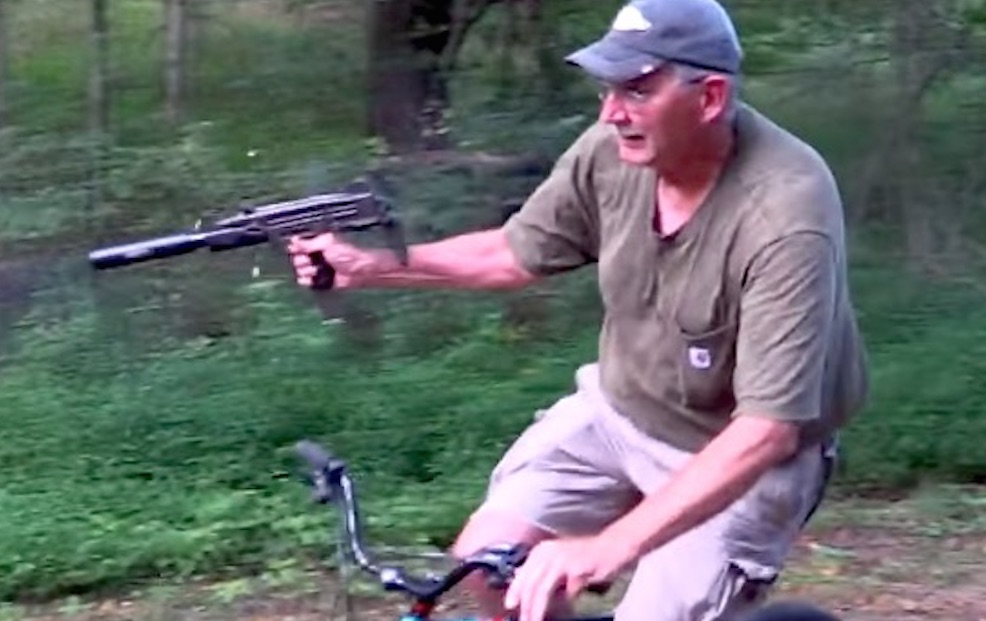 When you reach retirement age, the reality of just exactly what you’re going to do with your days hits you and it’s probably time to take up a new hobby if your body will still let you.

The guy in the video below has an unusual idea for the art form he wants to master, as he seems to have spent hours perfecting the art of the drive by shooting. Armed with an Uzi, the guy seems pretty much capable of performing the act in any vehicle that he can get his hands on.

Watch him below in a truck, on a bicycle and on some kind of lawnmower. Who says an old dog can’t learn new tricks?

What an absolute badass. Not really sure how useful his new skill is going to be for anything in real life aside from boosting up the plays on his YouTube channel, but hey, at least he’s actually doing something with all the free time he’s got going on. More than a lot of old timers can say.

For more old guys completely owning life, check out this dude having a completely sick session in the middle of IKEA. Winning.