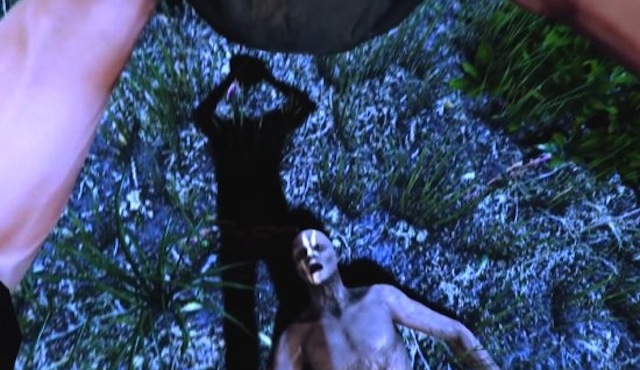 Prepare to shit some serious bricks with this upcoming release for next-gen console Oculus Rift.

Yesterday we showed you Japan’s sex simulator being developed for next-gen headset/console Oculus Rift, out in 2014 and set to take gaming to the next level by dropping gamers directly into 3D virtual reality worlds.

This trailer has just dropped for another Oculus Rift release, which we can take a bit more seriously — a horror survival game called ‘The Forest’. It looks like an absolute trip.

You play a stranded survivor of a plane crash who’s alone and lost in the wilderness. During daytime, the idea is to explore nature, fell trees and build a log cabin to protect you from the elements. When night falls though, you’re thrown into a full-on Blair Witch experience.