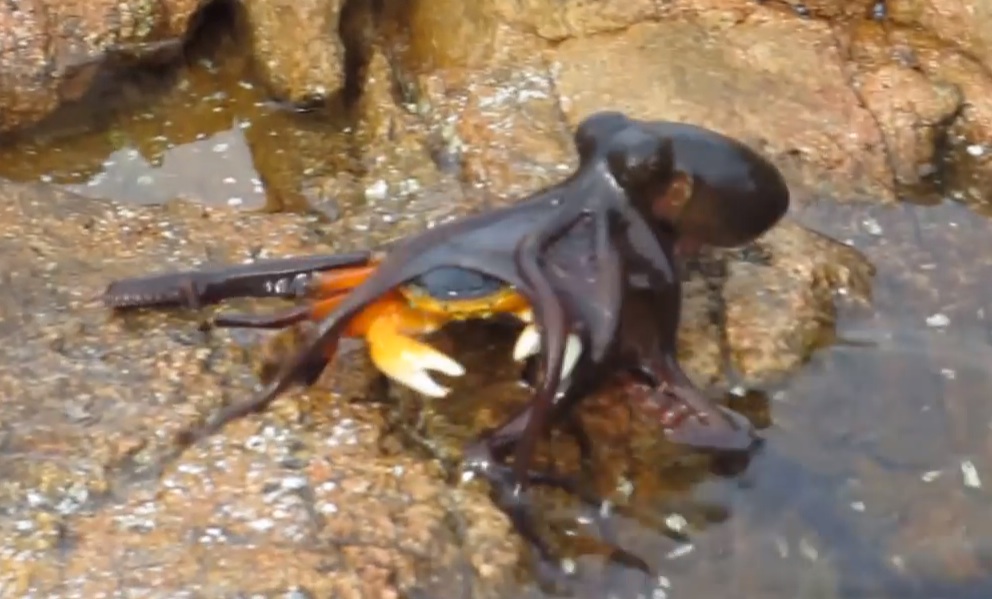 Even though they aren’t exactly the weirdest creatures in the ocean, octopuses are absolutely terrifying creatures that scare the crap out of me, and this video just makes them even scarier.

The video was shot by a girl named Porsche Indrisie who aptly works in the a seafood restaurant. She had this to say about it:

I don’t know why I started filming it, but I always have a camera in front of my face. It really was just a random moment.

I was just so surprised the octopus could leap out of the water like that.

Yeah, I think anyone would be girl. Evolution, man.