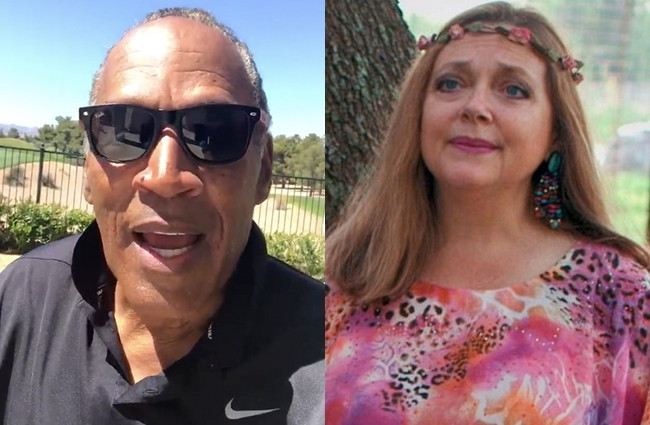 Everyone out there who has seen ‘Tiger King’ seems convinced that Carole Baskin killed her husband and then fed him to the tigers. Hell, there are so many memes about it that even those who haven’t managed to tune into it yet probably think the same thing as well.

This viewpoint is so universal, it even extends to people that have also killed their significant others and get away with it. Pretty much everyone out there is also certain that O.J. Simpson murdered his wife Nicole and her friend Rob Goldman, even if a jury did eventually end up acquitting him, so it seems strange that O.J. would weigh in on what he thought about Carole Baskin, but let’s be honest his social media accounts have been full of bizarre content ever since he got out of jail a couple of years ago.

O.J. took to his Twitter account to talk about his feelings on ‘Tiger King’ and although he didn’t actually mention Carole by name, it’s pretty clear who he’s talking about here:

I mean how smug have you gotta be to comment on someone who’s been accused of killing their husband and covering it up when you yourself have done exactly the same thing? Very fucking smug, that’s how much and that’s exactly how O.J. comes across in this video.

And don’t even get me started on how he’s going to the golf course when they’re supposed to be socially isolating over there even if he is wearing gloves. Guy is such a frustrating bastard.

For more of the same, check him out pretty much confessing to murdering his ex wife. The gall of this guy.