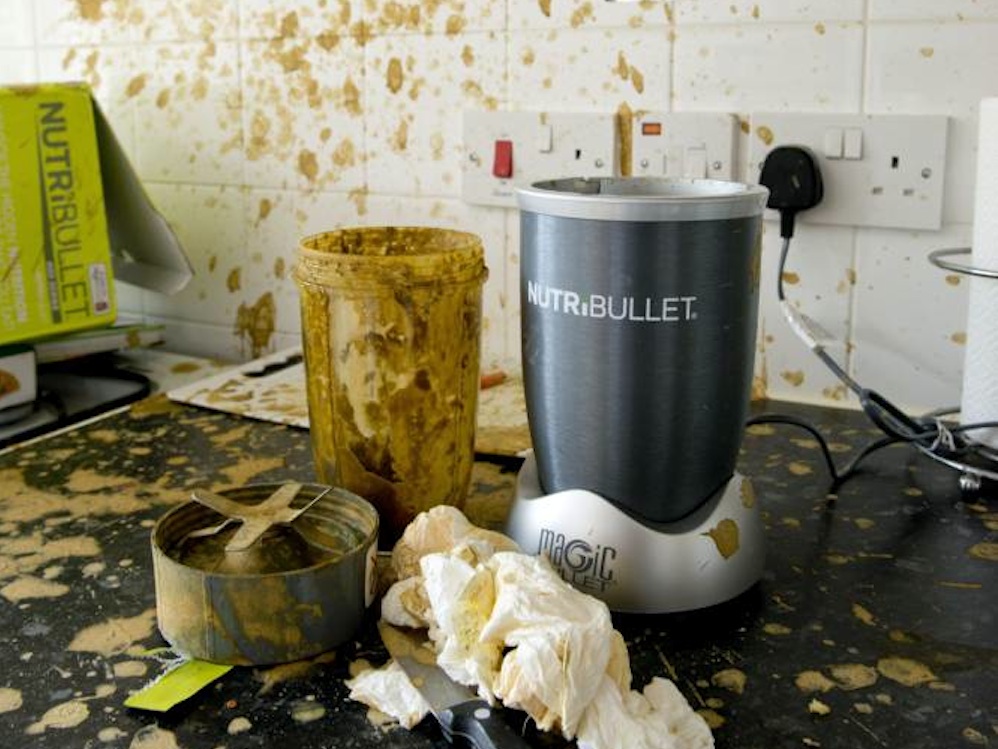 ‘I could feel my skin burning.’

The NutriBullet seems like it’s the ultimate must have luxury kitchen item these days – its lack of inclusion in this $60,000 kitchen makeover is probably why this woman ended up hating it. It’s so popular because it enables you to ‘break down all your food so that you get the necessary nutrition’, which sounds just great I’m sure you’ll agree.

However, it isn’t so great when your brand new NutriBullet explodes in your face two days after you’ve bought it and leaves your face horrifically scarred for the rest of your life. Unfortunately that’s exactly what happened to 24 year old mother Tysha Stapleton from Dulwich in London on Monday.

Tysha said she had bought the brand new NutriBullet last week for £100, but after two uses it had stopped working completely. She tried to unscrew the blender from its motor to take a closer look at it, but instead it just decided to explode in her face and all over her kitchen.

She was taken to have her burns treated at Chelsea and Westminster Hospital but despite the best efforts of doctors is going to be scarred for life. This is what she currently looks like: 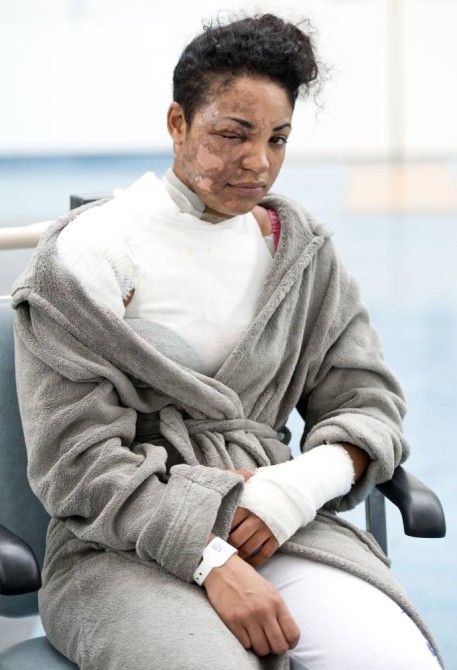 I suppose it could be worse but that’s pretty messed up and must be pretty traumatic for Tysha, especially when she was just trying to fix her blender and it’s now going to be a permanent look for her. Here’s what she had to say about it:

It isn’t supposed to be hot but it must have heated up on its own and exploded, she told The Sun.

The pain was horrific. I could feel my skin burning.

I thought I was blind. My skin was melting off my face.

Jesus. That sounds like an absolutely horrific experience. Our hearts go out to her.

NutriBullet have been typically coy about the situation, offering the following non committal statement:

We can’t comment on the incident until it’s been investigated. We ensure the very highest quality standards are adhered to.

Well yeah, not really because your blender exploded in someone’s face you morons. Here’s hoping this is just a one off  – not that that gives them any excuse – and Tysha manages to sue their asses and get some kind of treatment to sort her scars out. All expenses paid of course.