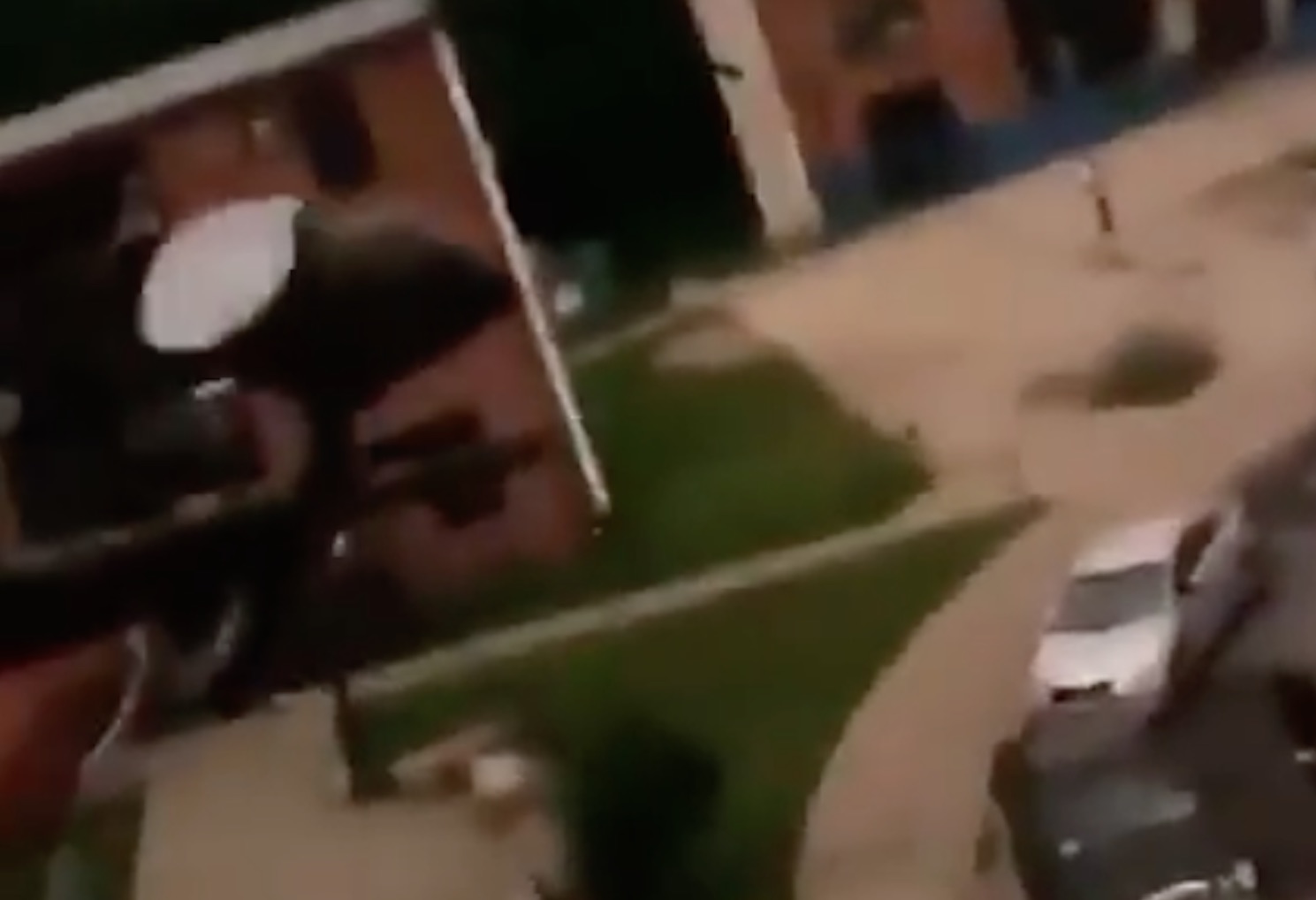 Paintball is an absolutely awesome experience that aims to replicate the adrenalin of a battlefield in a safe (ish) environment.

The only minor complaint you might have about it – aside from the fact that it’s really expensive – is that you can only really play it in forests or inside massive warehouses and there’s no way to simulate the reality of being in a city torn apart by war. But again that’s a very minor complaint.

Some guys weren’t having it though, and decided to set up an absolute lethal paintball match in their own neighbourhood just for kicks. Check out the footage below:

I mean that’s such a big arena – how the hell did they not manage to injure anyone or permanently blind someone who was just walking around? And what about all the cars and other things that could get massively fucked up by getting shot by paintballs?

Can’t actually believe that something like this happened. I keep thinking that maybe it was a closed off arena just for paintball but it seems way too realistic to be that? I dunno and I got no info about it either so it’s just gonna have to stay a mystery for now. If anyone can shed any light on it though, please let me know.

For more paintball, check out this paintball gun that can pierce your skin. Ouch.