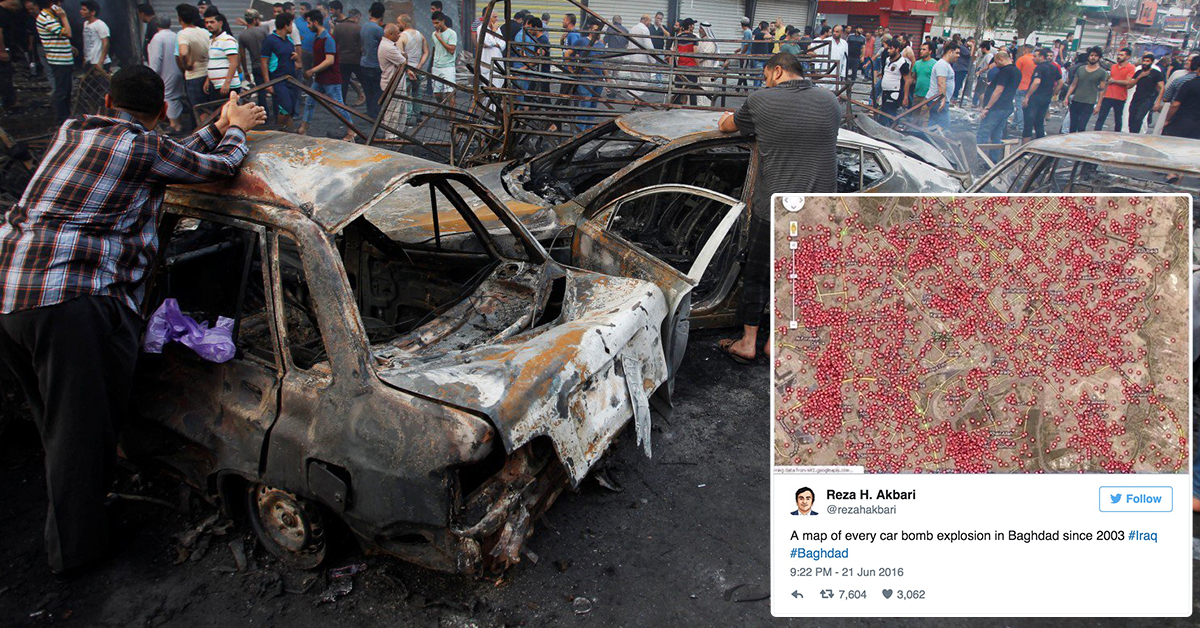 This is an unbelievable statistic.

ISIS claimed responsibility for the attacks and it’s a summed that they’re a retaliation for the fact that they were recently driven from the city of Fallujah by U.S. and Iran-backed forces. It’s one of the worst terror attacks that the group has recently claimed responsibility for and comes on the back of gunmen killing 20 hostages in the Bangladeshi capital of Dhaka on Friday night and the recent terror attacks at Turkish and Belgian airports.

Of course, the two attacks in the developed world have received more coverage than the two in the Middle East, but there’s actually another fairly good reason for this other than the fickleness of the Western media – sadly it seems that car bombings in Baghdad are now pretty much part and parcel of modern life there since the US invaded in 2003. The map below – which was tweeted by a senior program officer at the Institute for War & Peace Reporting – shows that pretty much every part of the city has been hit by a car bomb at some point in the last 13 years:

Jesus. That’s a whole lot of destruction and a whole lot of lost lives right there. When the hell are ISIS gonna realise that this isn’t going to help anything and is just going to make people hate them even more?

In any case, I didn’t really know things were this terrible in Baghdad although I assumed they probably weren’t great. That’s probably mainly due to what our news media companies choose to tell us. It sounds truly awful that car bombings are this prevalent over there though. My thoughts are with the population of Baghdad.