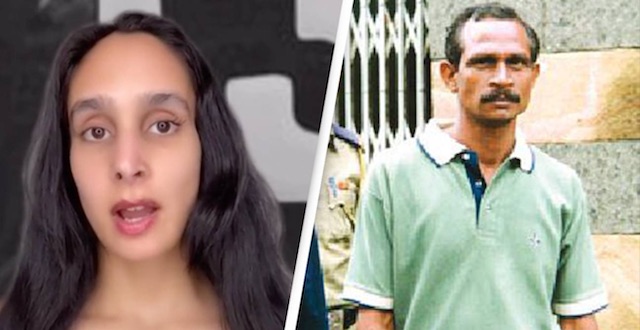 It’s been a while since we’ve had a real feel good story on the site – we’ve been dealing with bloody Coronavirus for the past 18 months FFS – but here’s a great one about a notorious rapist and serial killer over in India who was hunted down and beaten to death by 200 women.

The story actually happened almost 20 years ago back in 2004 but has resurfaced thanks to a TikTok – when is not TikTok these days? – coming from a woman named Swasti Shukla Buick. Akku Yadav targeted women and girls as young as 12 in his impoverished neighbourhood of Kasturba Nagar and murdered at least three of his victims whilst raping many more over a 13 year period.

Unusually, his crimes were reported to the police but he bribed the police with money and drinks and so nothing was ever done to him in that respect. One woman told the police that she was gang raped and the police responded by gang raping her themselves. Yadav could do whatever he wanted and wouldn’t be punished as long as he targeted only the poor.

You can watch the TikTok below or read my summary below that if you’re on a train or something:

@iamswastishuklaThe tale of a serial killer who got what he deserved. ##truecrime##truecrimetiktok##serialkiller##serialkillertok13##scarytiktok##scarystorytimes##indian

The turning point came when Yadav and his gang went after a woman named Usha Narayane, who threatened to blow up her house if he didn’t leave. This encouraged other woman in the slum to club together and burn down his own home, forcing him to go to the police and ask them to arrest him for his own protection.

This didn’t stop these fired up women though as they stormed the courthouse where he was being held with vegetable knives, stones and chili powder, taking it in turns to stab him to death. One woman allegedly cut off his penis, but this hasn’t even been confirmed.

Usha was arrested and charged with his death, but every single woman in the slum claimed responsibility for his death and she was eventually acquitted in 2012. A number of other women were also arrested but none of them were ever found guilty due to a lack of evidence. Girl power!

For more of the same, check out this weird story about a street robber agreeing to marry a serial killer – as long as she agrees to stop killing people. Sure.