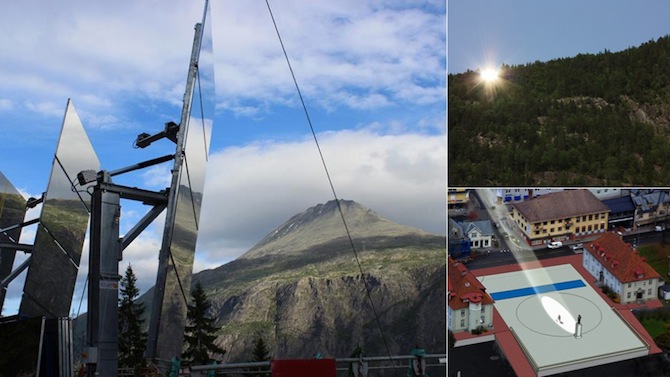 A town in Norway has solved their five-month darkness problem – creating artificial sunlight out of three giant mirrors.

The Norwegian town of Rjukan is located in a deep valley that receives no direct sunlight for 5 months of the year. So what did the locals do? Did they pack their bags and head for the hills? Did they burn their homes to the ground? No, they installed three 300-foot-mirrors that come the next blackout, will work to aim a 2,000-square-feet beam of light into the town square. 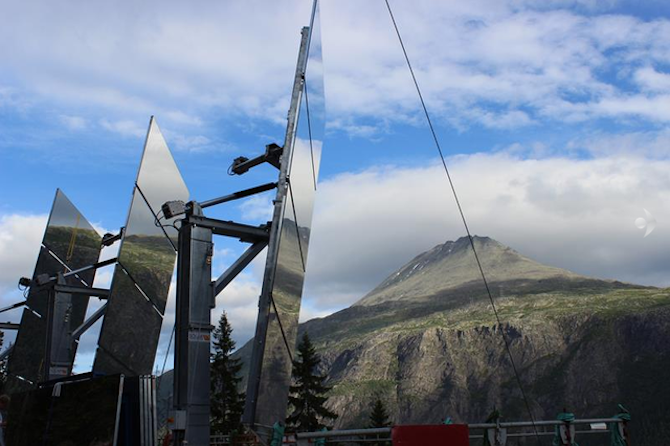 The mirrors were transported to the 3,500-people town via helicopter and are situated on the face of the mountains either side of the town. They’re called ‘heliostatic mirrors’, and are controlled by a computer that tilts their positioning to reflect the sun onto specific, static locations. Amazingly, the whole process cost less than $1 million. 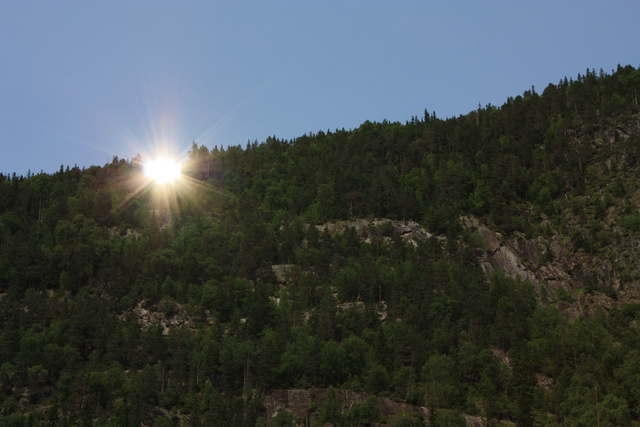 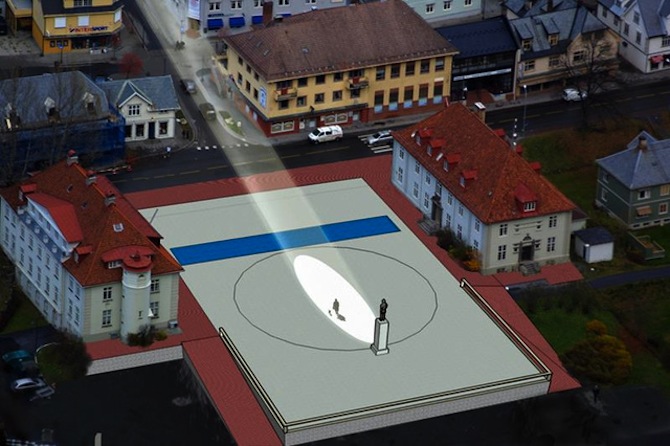 Rjukan’s mirrors won’t be the first time artificial sunlight has been implemented in Europe but they’re doing it bigger than anyone has before. In 2006 a small Italian town in the Alps called Viganella installed a 26-foot-wide mirror on a mountaintop to light up their 82 days without sunlight per year. The Austrian town of Rattenberg has a mirror too, and the technique (albeit on an obviously smaller scale) has been utilised by shipbuilders (to reflect light belowdecks) and by architects (to light hard to reach interiors) for many years.

Pretty genius. Here’s the uniquely situated town as it looks during its months of natural sunlight: 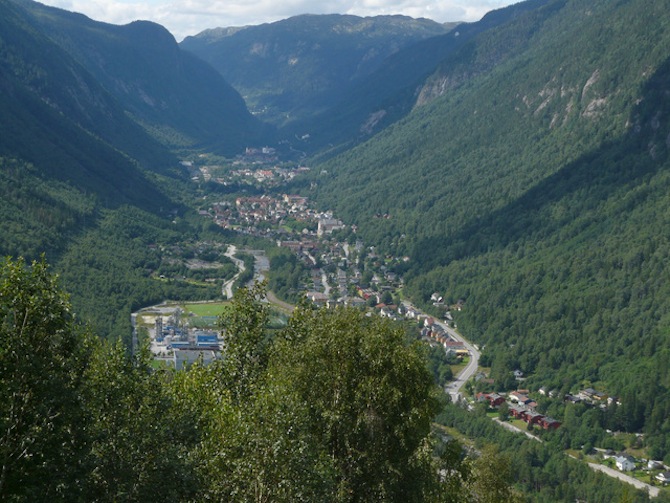