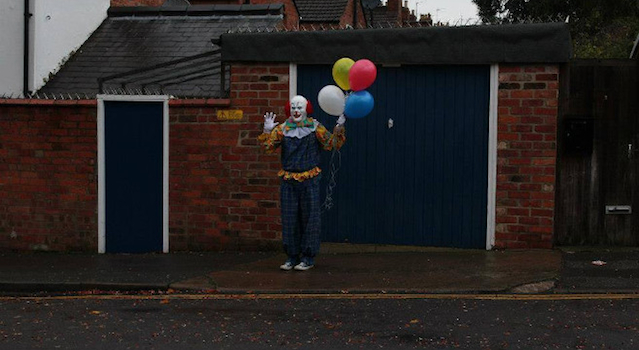 The Northampton Clown’s notoriety has grown and he’s now given an interview for the first time, but a superhero has also sworn to track him down.

Loads of people loved the story we wrote about the Northampton clown on Monday and the story has only developed since then. The Northampton Clown now has its very own Facebook page which you can find here and already has about six times as many likes as the Sick Chirpse Facebook fan page. That son of a bitch.

‘I just wanted to amuse people. Most people enjoy being a bit freaked out and then they can laugh about it afterwards. It’s like watching a horror movie, when people get scared they usually start laughing. Naturally, some people would have been extremely frightened by what they saw, but I hope many are starting to see it as a bit of harmless fun.’

Pretty lame interview huh, especially considering it was marketed as a ‘world exclusive.’ If I’d have got the Northampton Clown on the phone you can bet I would have asked him a whole bunch more of questions. There was some additional dialogue but it was pretty useless – it mainly revolved about how he wished to remain anonymous, would continue to keep appearing as the clown as long as people were interested and is considering holding a specific clown day once a week.

What the interview failed to mention were the clown’s thoughts on that fact that another idiot has jumped on the bandwagon, stating that his name is Boris The Clown Catcher. He wears a blue superhero suit and sunglasses and has his own Facebook fan page (which hardly has any likes – probably because he’s a complete loser trying to cash in on the popularity of the Northampton clown who is actually really cool) and posts pictures of him wandering around Northampton looking for the clown. I’ve posted a few of those below so you can see how lame he is.

He’s so lame that after about one day of looking for the clown he’s already posted on the clown’s wall looking to form an alliance with him rather than bring him to justice as he originally set out to do: ‘Northampton Clown- if you are a kind clown (as you say you are), then we should join forces and save Northampton from all evil and danger!’

See what I mean? He’s a loser and he uses way too many exclamation marks. If you need any more evidence of how lame he is then just look at the pictures below. I can’t wait for the clown to totally kick his ass when they do come up against each other. That is if this chump can even track him down.

It’s also worth nothing that – like all badasses – the clown has completely ignored Boris’ attempts to communicate with him. 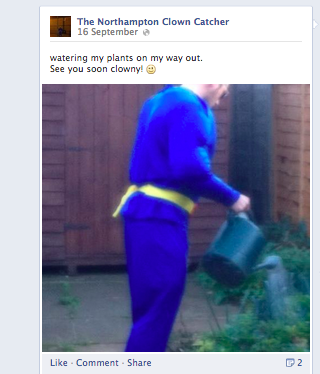 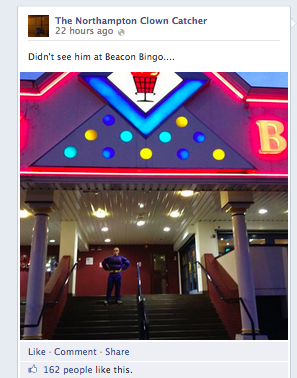 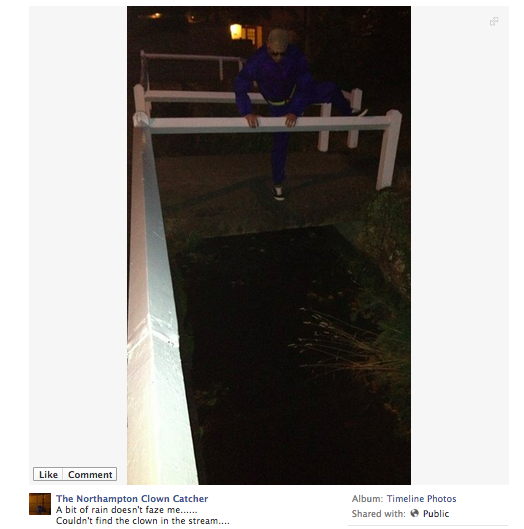 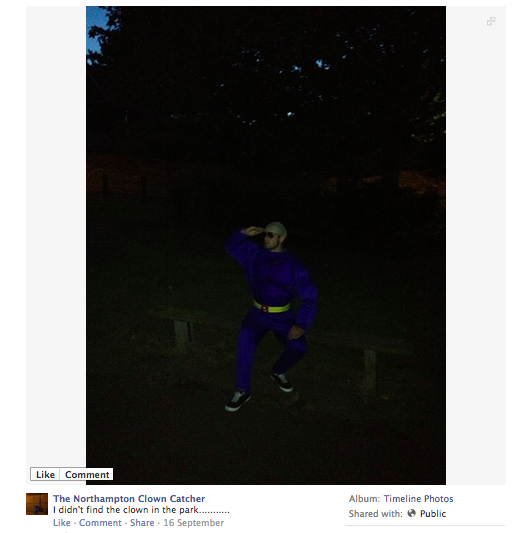 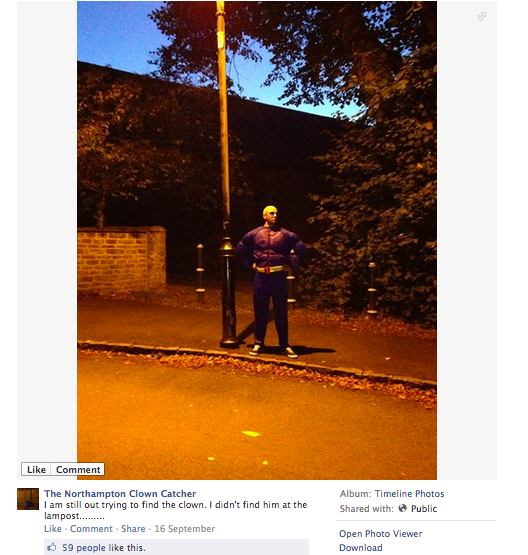