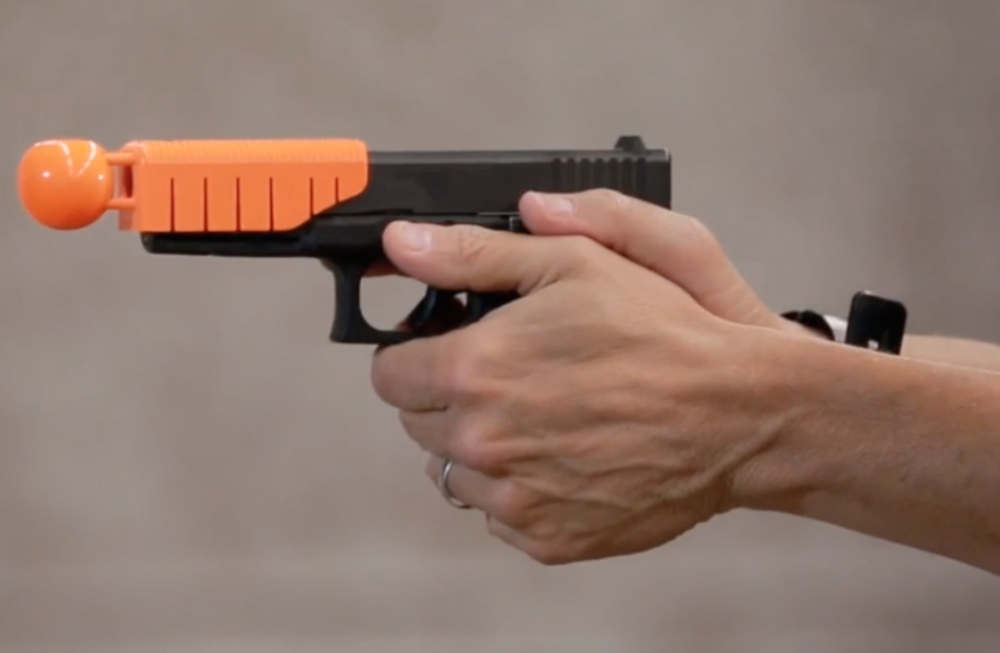 Although this looks really stupid it will hopefully save a lot of lives in America.

Unless you’ve been living under a rock for the past few years, you’re probably aware that cops in the USA are able to use lethal force at their own discretion and they often abuse this privilege and end up killing people for no real reason. I mean just take a look at everything that happened in Ferguson last year to appreciate how utterly ridiculous the fact that this is allowed to happen is, and all the trouble that can be caused from it.

One man named Christian Ellis has taken it upon himself to find a solution though, and that’s to arm all cops with what he’s calling a non-lethal gun attachment. Although it looks like something you might find in a Nerf playset or something, the attachment is actually really useful in that it will still incapacitate an aggressor – ‘it’s going to feel like getting hit in the chest by a major league baseballer with a hammer’ – but won’t kill them.

It works by clipping over the nozzle of a regular gun and then the bullet is fired into it and is propelled by the force of the bullet into the victim. It hits with about five times less speed of a normal shot which will severely wind or knock out the attacker. It’s even possible it could kill them if it hits them in the right spot, but it’s a lot less lethal than a gun, that’s for sure. The only downside of it really is that it looks like a toy, and I’m sure the same macho cops that enjoy shooting people probably won’t want to walk around with it on their guns unfortunately, but hey at least someone is trying to sort out the problem over there.

Of course, it’s sad that Americans even need an invention like this, but if it has the potential to save lives then we’re all for it. Get filled in about it with the news report below.