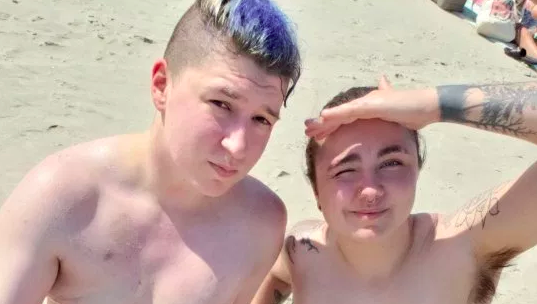 Turn of the tides.

A pair of friends who identify as gender non-binary both underwent double mastectomies in order to have their exterior reflect how they feel on the inside.

While Xanthe Zeitstück and Rowan Janiszewski were delighted with the results, they were both nervous about going topless in public. However, together they decided to embrace their new look and enjoyed their first outing at the beach this weekend with their shared boyfriend Seran.

Xanthe, from the US, decided to post pictures of their outing online and soon enough they had gone viral, with many praising the pair for sharing their liberating experience. 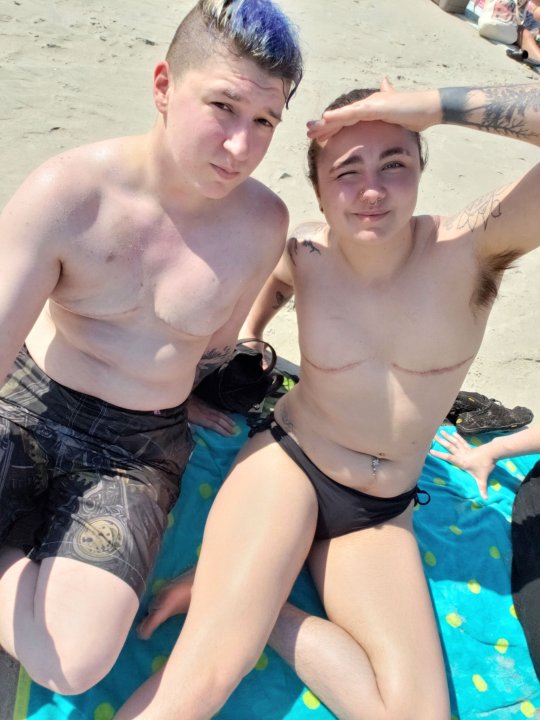 They posted the snaps while writing:

Here I am, at the beach, shirtless, with the equally non-binary friend that helped me through my top surgery while recovering from theirs, while we watch our boyfriend frolicking in the waves.

Xanthe went on to express the hope that this encourages other people in the LGBTQ+ community to bare all.

It’s three people enjoying a day at the beach with people that they love. When you take away a lot of the politics it’s a perfectly normal situation.

But some conservatives did react like it was horrifying, like it was something criminal. It was just a day at the beach and more bigoted people are really up in arms.

I felt great about being in public. Honestly it felt very natural. 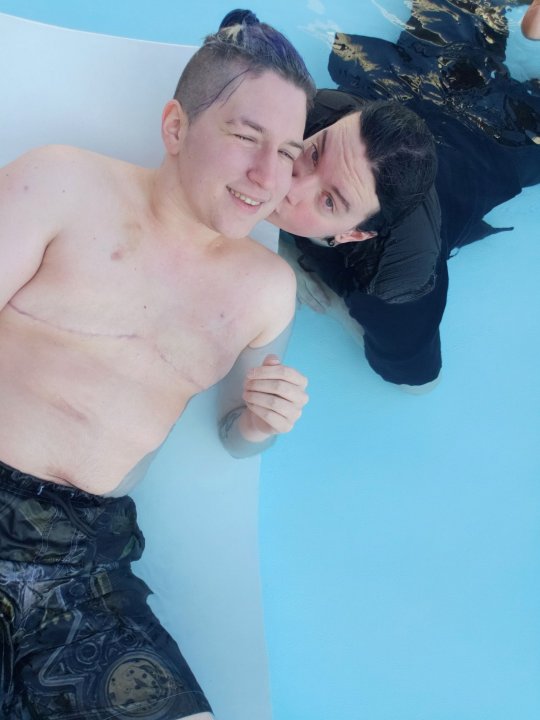 I am thrilled to share the pictures. I didn’t expect that much positive feedback from the picture.

I don’t regret posting it at all. I’m really glad I did.

Other people have gotten in touch saying they were really glad I did too because they’ve been nervous about going to the beach or saying they’re non-binary than a binary entity.

It’s cool for people to actually have some representation.

Apparently Rowan “dropped everything” in order to help Xanthe following their surgery, while Seran felt proud about the both of them. Describing their journey to get to this point, they added: 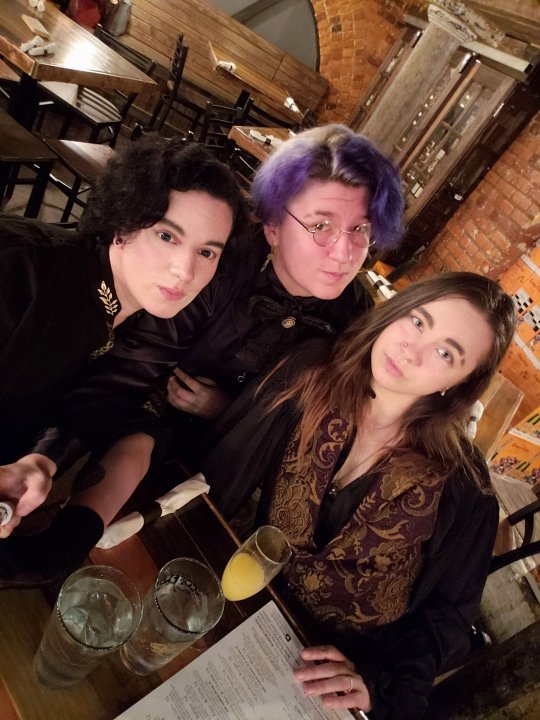 All throughout being a teenager and even a kid there were so many things I related to about transgender guys – but I wasn’t quite there.

I thought things like ‘I would love to have top surgery but I’m not a man’ so it just wasn’t connecting.

A couple of years ago I decided to get HRT which definitely helped. I got top surgery. And I’m satisfied with myself.

It’s been a journey to get here and it’s a relief to not be constantly uncomfortable and not constantly try to hide certain aspects of myself.

Although they have received some negative comments (because, let’s face it, this is the internet) mostly they’ve received “really good messages from people in Australia, California, even in other countries”.

It gets people learning more, which I’m always down for.

To read about the non-binary Londoner who wants to become a “genderless monster”, click HERE.