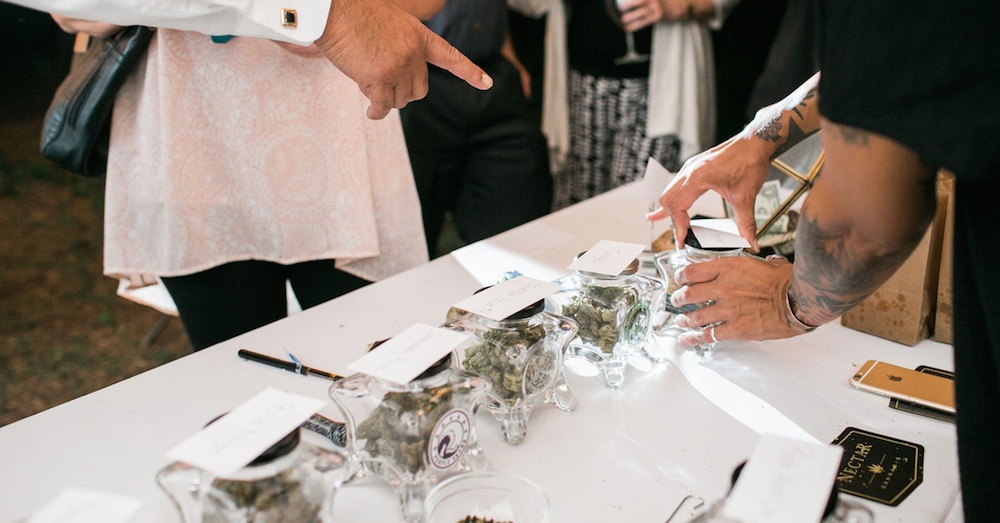 One couple called John Elledge and Whitney Alexander over in Oregon decided to do exactly that by offering a weed tent with 13 different strains of marijuana at their nuptials. There was even a budtender for those guests who didn’t know how to smoke weed properly.

It was all perfectly legal – in Oregon, as long as there’s no liquor licence or bartenders involved, it’s OK to have a budtender on private property apparently. And yes, the couple laid on a huge buffet for everyone who got the munchies, which was presumably the whole congregation. 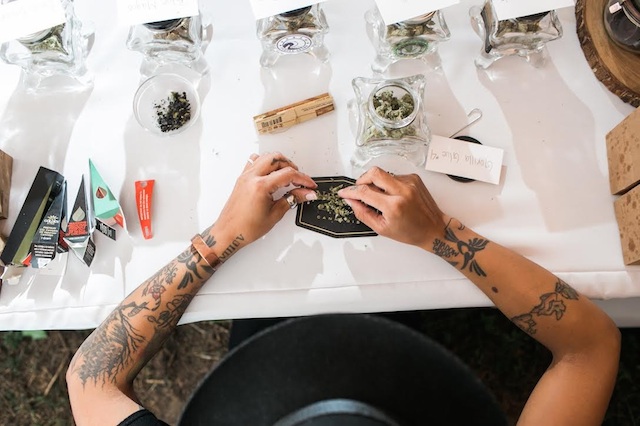 Elledge – who works as a professional weed grower so probably saved himself a shit load of cash by offering weed instead of booze to his wedding guests – said the following:

We were shocked by how much people loved it.

I’m still getting a couple of texts a day from guests who enjoyed the weed tent.

Even an 81-year-old woman who hadn’t smoked weed since the ’60s came into the weed tent at our wedding.

Though skeptical at first she ended up loving it.

Notice the phrase ‘weeding’. I hope that doesn’t become an actual term in the future. I mean I enjoy a good zoot every now and again, but if I went to a wedding and there wasn’t any booze and I could just get high I would be pretty pissed off. It’s just not really the right occasion for it, you know, but better than holding your wedding reception at McDonald’s I suppose.