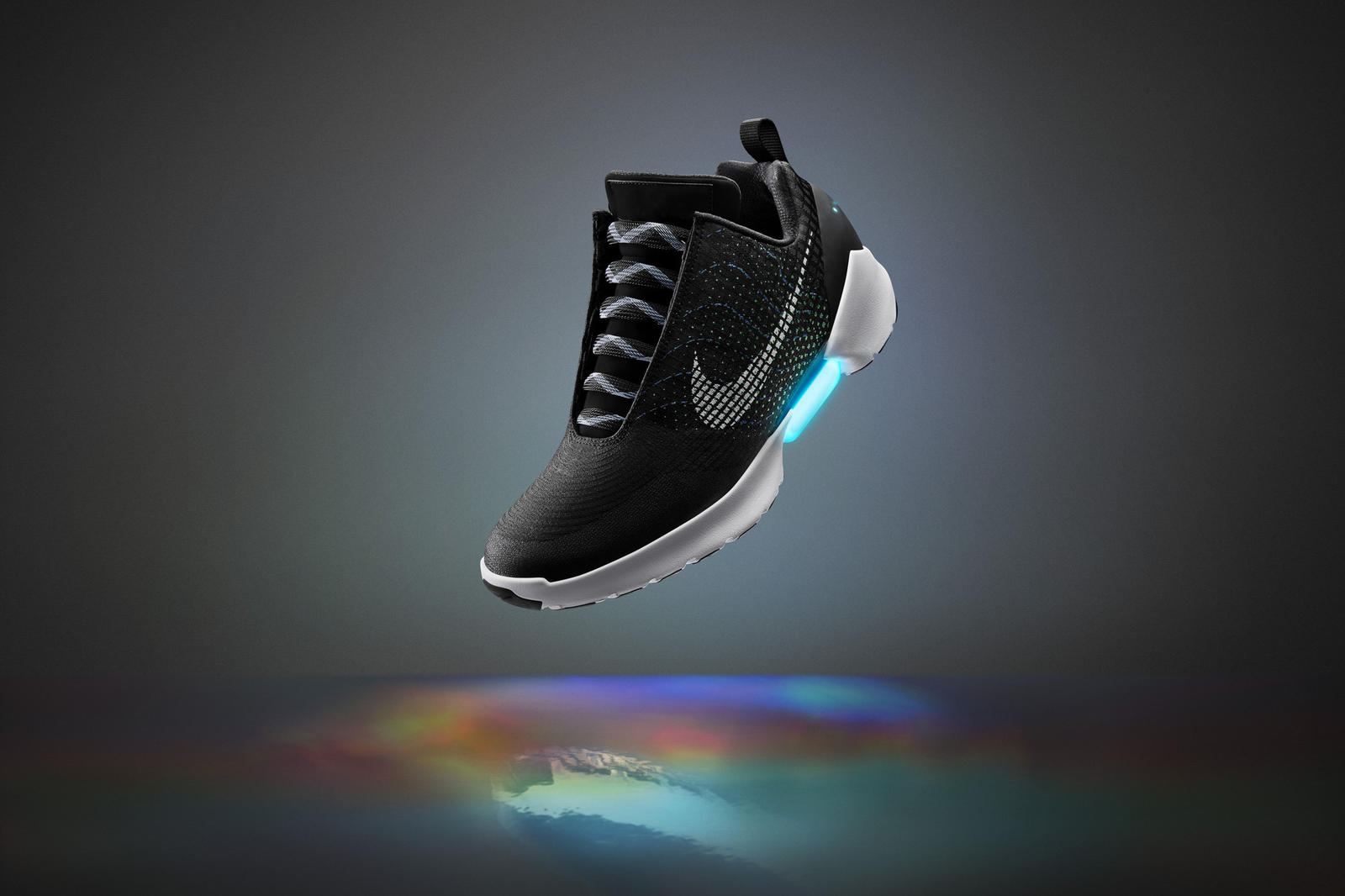 They said it couldn’t be done.

Ever since the release of Back To The Future 2, we’ve longed for Marty McFly’s self lacing trainers and the hoverboard, and a whole bunch of companies have been trying to make both happen for a hell of a long time. Now though, thanks to Nike, one of those dreams have come true.

Although they’re a different style to Marty McFly’s, there’s no denying that the self lacing trainers are essentially the same item. They’re called the Nike Hyperadapt 1.0 (cool name bruh) and the shoes contain tiny motors that react to sensors that activate when you put the shoe on and tighten around your foot. Don’t worry if they’re too tight or too loose though, there are a couple of control buttons on the side of the show that let you adjust the tightness.

The shoes are also self powering and charge up via wireless induction, so there’s no faffing about plugging them in to charge them whilst you’re not wearing them. A three hour charge gives enough power for a couple of weeks, and you’re warned of the power level on the shoe by lights on the soles. It pretty much seems like Nike have thought of everything with this shoes.

Here’s a couple of clips of them in action:

Wow. The future really is now. I gotta get me a pair of these when they become available, although I imagine they’re going to be super expensive when they actually get released. No news on either of those things, but we’ll keep you posted when they’re announced.

Now we just need a working hoverboard – although that might be closer than we think too.