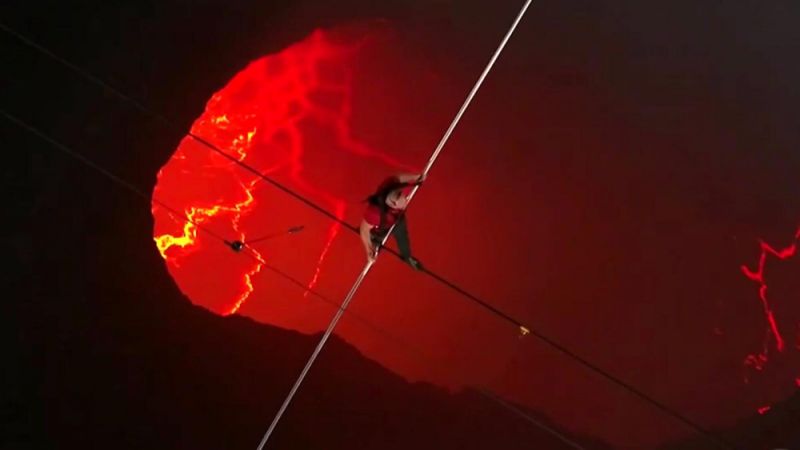 Does this really count?

Last night, Nik walked a tightrope over an active volcano on national TV. Guess what? He made it across no problem. Which would be impressive if he wasn’t wearing a harness the whole time and therefore not really risking his life in the slightest. Here’s the footage:

I guess the idea of falling into a volcano and burning to death was too much to handle? Fair enough, but then why put this shit on TV?

People on Twitter were NOT happy I tell you:

Nik Wallenda ain’t even being brave with that safety harness. I just grabbed my pizza bagels out of the toaster oven WITH MY BARE HANDS.

what a bunch of bullshit!! Nik Wallenda is using a safety cable/harness… this isn’t exciting at all man, what a dud!!#nikwallenda #VolcanoLive https://t.co/8HzxTGnfYo

This nik wallenda guys trash. Live tv and he goes for the harness and then tells us all about his book the whole time. This things such a set up ! #VolcanoLive

Does this dude Nik Wallenda have a safety harness on?!? I hope he doesn’t fall and dangle!!

If you search ‘Nik Wallenda’ on Twitter it’s basically just Tweets like that ripping into him. Which is fair enough really because they were selling this as Wallenda’s new death-defying stunt but it turned out to be the opposite of what people expect from him – no risk or danger at all. If there’s no chance you’re going to fall into that volcano and be boiled alive by lava, does it really count as tightrope walking across a volcano?

He never used a harness in the past, like when he walked across the Grand Canyon a few years ago: 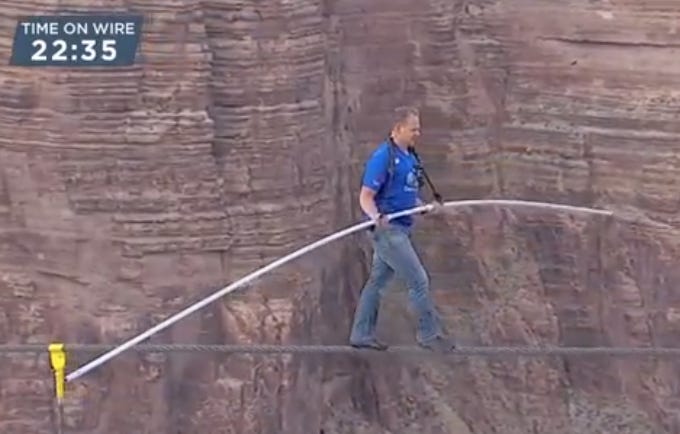 That’s how you do it. Might as well use a green screen if you’re going to stick a harness on and remove all the suspense.