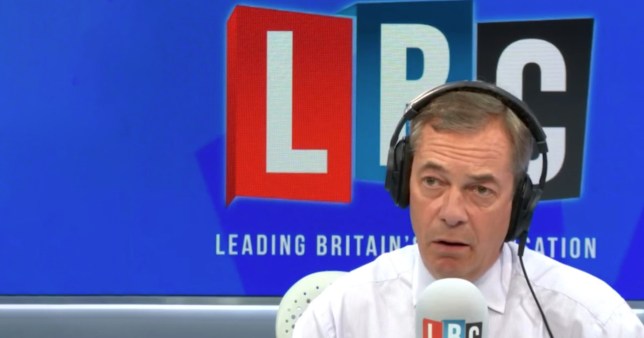 Nigel Farage has been presenting his radio show ‘The Nigel Farage Show’ on LBC radio for the last three years, but following his controversial comments on the Black Lives Matter movement on Good Morning Britain on Tuesday, the decision has been made for him to step down from the station.

The segment in question saw Farage talking to Piers Morgan, lawyer and activist Dr Shola Mos-Shogbamimu and historian professor Kate Williams. He defended Edward Colston’s statue and legacy and compared Black Lives Matter protesters to the Taliban and his comments were so bad that his mic had to bemused several times during the spot. Sounds like typical Farage.

It’s being said that his continued employment had been a source of disquiet amongst staff at LBC who had been promoting the Black Lives Matter movement and this was the last straw. His contract was up soon anyway and they decided to get rid of him ahead of time.

Nigel Farage’s contract with LBC is up very shortly and, following discussions with him, Nigel is stepping down from LBC with immediate effect. We thank Nigel for the enormous contribution he has made to LBC and wish him well.

No doubt I’ll be called a fake news, leftist communist for saying this but good riddance to the guy, forever spouting his outdated racist hate speech. I saw a friend say this, but you could say that’s the third outdated relic that’s been removed this week. Mic drop.

Of course, Farage has his fingers in so many pies that he’ll never be truly gone, but it’s great to see him being removed from one of his main outlets. Progress.

For more of the same, check out Farage having an absolute meltdown with the BBC’s Andrew Marr. Ouch.