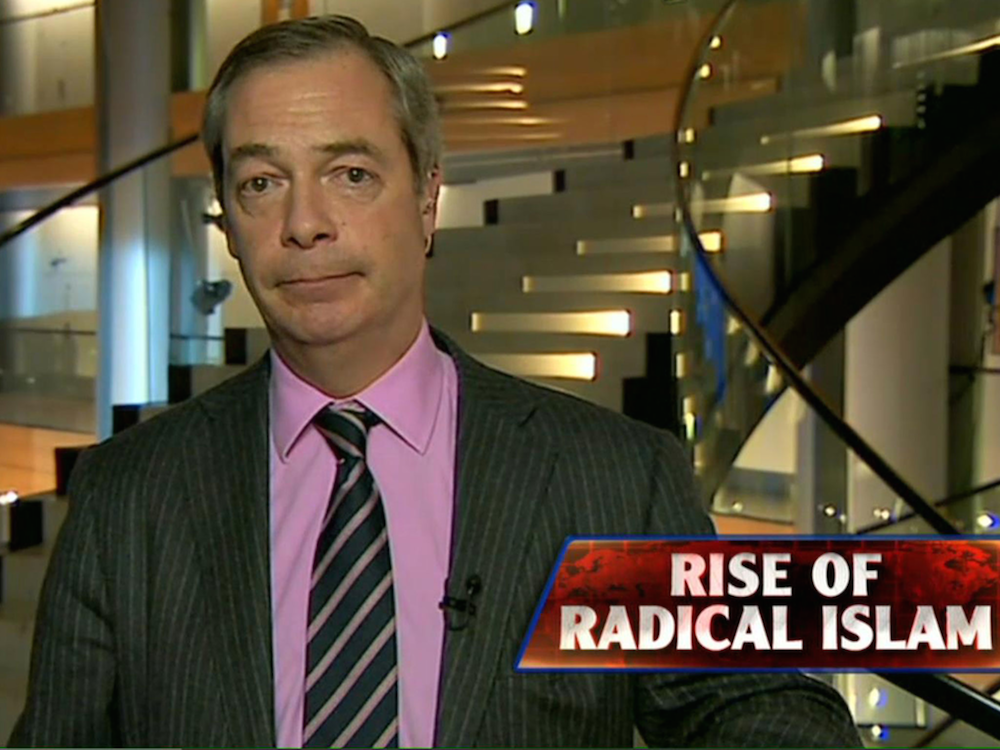 Fox News turn to the voice of reason following Sunday’s embarrassing claim that Birmingham is an entirely Muslim city.

Following on from Sunday’s embarrassing screw up that claimed Birmingham was a completely Muslim city that it wasn’t even safe for non-Muslims to enter, Fox News have turned to the voice of reason in UKIP leader Nigel Farage, who ended up probably spouting even more nonsense than the ‘terror analyst’ in the original broadcast.

In the interview, Farage claimed that there were no-go zones across France for non-Muslims in all of France’s big cities and all across Europe too, whilst also stating that there were also areas of northern Britain that were effectively ghettoes that were run under Sharia law. Quite where he got the facts to justify these comments is unknown but hey don’t worry about that at all Fox News, don’t worry about that at all.

The French embassy have obviously reacted to this, stating: ‘Of course it is not true to say that there are no-go areas in France,’ which hopefully most people in the world were smart enough to realise on their own. Who the hell uses the term no-go zone anyway?

You can watch the whole embarrassing segment below. It’s made even worse by the fact that Farage is talking to Sean Hannity, who is one of the most right wing hosts on the channel. What a bunch of morons.