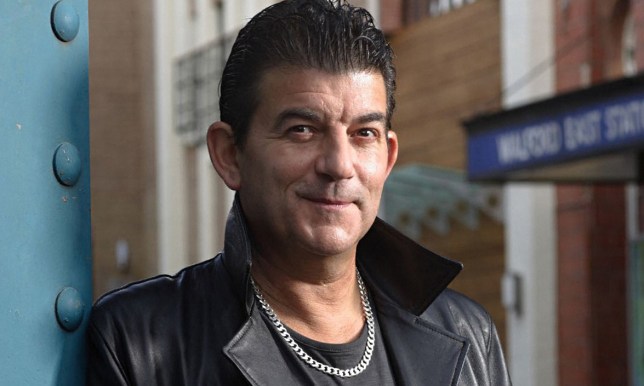 Nick Cotton was one of the original bad boys of UK soaps, pivotal to some of Eastenders’ darkest storylines including the murder of Eddie Royle, accidentally causing the death of his son Ashley, holding customers at the cafe hostage and several plots to assassinate his own mum Dot.

Nick was killed off for good in 2015 (by Dot funnily enough), but he’s now revealed that his original exit from the show was down to a disagreement he had with a producer over plans to write Nick into a gay relationship.

They tried to make Nick Cotton gay, it was years ago now. I went in there straight, and so did the other guy, Lofty, who was a bit of a loveable bozo in the early days.

Anyway, they suddenly decided that he weren’t gay, they were gonna make him gay, and I didn’t think that was a good idea as it would’ve changed Nick’s character completely, really. So I went to the producer, I said, “I hear you’ve got this idea, but I don’t think it will work,” and she said, “Well, write him out,” and I walked away. She was really harsh.

But, I went back. I was just written out for that period. If I’d have gone in playing a gay character, fine. But to suddenly make the character … I dunno, to me, as an actor, it would’ve been wrong. I don’t think the public would’ve wanted it either.

Lol. It may not have been the worst idea in the world – I mean just imagine Dot’s reaction at finding out Nick was gay. Would have made quality TV for sure. But he’s probably right in that given Nick’s character up to that point him suddenly coming out as gay might have come a bit too much out of left field. Sounds like they sorted things out in the end though and were able to work together again years later.

Anyway, not as embarrassing as the reason Dean Gaffney was axed from the show this month – he was busted messaging a fan on Facebook and asking for her nudes.