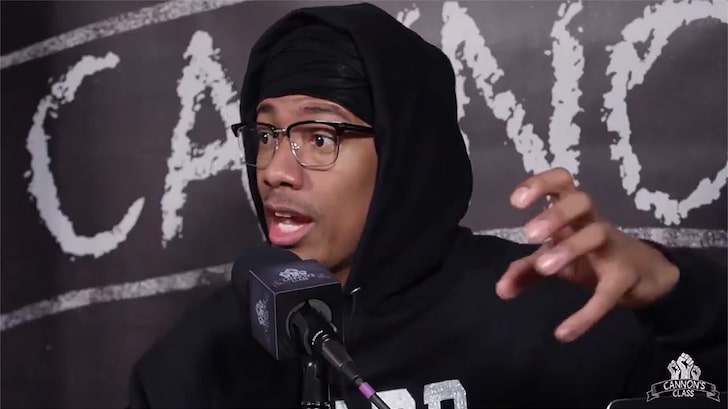 Nick Cannon is best known for presenting MTV shows and being Mariah Carey’s boyfriend, but now he is neither of those things after controversial comments he made about Jews and white people on his podcast went viral and kicked off a shit storm.

Nick Cannon says white people are “a little less,” “closer to animals,” “the true savages,” “acting out of a deficiency so the only way they can act is evil.” When does he get canceled? pic.twitter.com/vK3TBDW9i8

Yikes! In a statement to USA Today, ViacomCBS (which owns MTV Network), said they will be terminating their relationship with him:

ViacomCBS condemns bigotry of any kind and we categorically denounce all forms of anti-Semitism. We have spoken with Nick Cannon about an episode of his podcast ‘Cannon’s Class’ on YouTube, which promoted hateful speech and spread anti-Semitic conspiracy theories.

While we support ongoing education and dialogue in the fight against bigotry, we are deeply troubled that Nick has failed to acknowledge or apologize for perpetuating anti-Semitism, and we are terminating our relationship with him.

Wild N Out is being cancelled by MTV & VH1 due to Nick Cannons comments on his podcast, saying white people are “animals & savages” & that black people are the “True Hebrews” 👀

This is sad bro

Well I never knew you could cancel someone whose career was already dead but here we are. I don’t know what Nick Cannon was thinking making those comments but it’s too bad he had to co-opt the Black Lives Matter movement to say that and come off like some kind of black supremacist. I mean how is he any better than a white nationalist or diehard racist Trump supporter by saying those things? It’s just so baffling how he thought he could be racist to the exact definition and get away with it.

I have no hate in my heart nor malice intentions.

I do not condone hate speech nor the spread of hateful rhetoric. We are living in a time when it is more important than ever to promote unity and understanding.

The Black and Jewish communities have both faced enormous hatred, oppression persecution and prejudice for thousands of years and in many ways have and will continue to work together to overcome these obstacles.

Yeah that’s not really the energy he had in the podcast, is it? Oh well, looks like #RIPNick will be trending again today, like it was when he challenged Eminem to a rap battle and lost. This guy sure knows how to pick his battles.