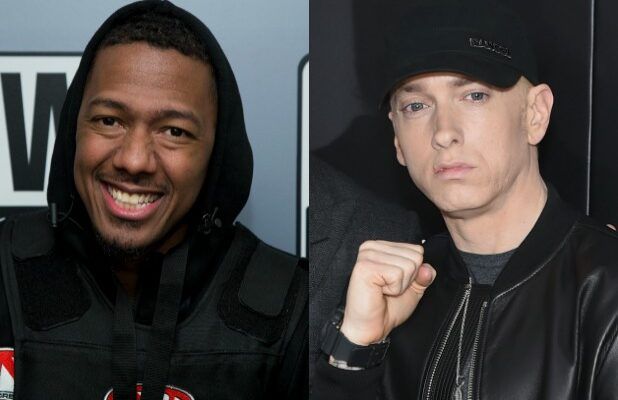 Nick Cannon asking to get murdered by Eminem again.

Eminem and Nick Cannon have had a problem with each other for over 10 years after Eminem dissed Mariah Carey (Nick’s ex and baby mama) in a track many, many moons ago.

I don’t think there’s a rap beef in 2019 that anyone could care less about, but even still Nick Cannon has gone to the effort of recording new diss track ‘The Invitation’ in which he’s decided to go after Eminem’s family. Apparently he’s been trying to get Eminem to appear on his new TV show ‘Wild ‘N Out’ to settle the score, and he thinks this is the best way to get Em’s attention.

Among the offending lyrics:

Call Kim, somebody get Hailie
And that other kid you raisin’, that ain’t even your baby

My baby mama killed you off a decade ago, You’re still crying about it bitch, now who really the ho?

I heard your chauffeur got a video of you suckin’ a cock
You paid him off, then laid him off, now who really the opp?

So yeah, that was pretty terrible and everyone is so convinced Eminem would murder him that #RIPNick has been trending ever since he released the track.

I don’t think Eminem will even bother, although he did hit back at Nick on Twitter, referencing the accusation that he sucked his chauffeur’s dick:

U mad bro? Stop lying on my dick. I never even had a chauffeur, you bougie f*ck.🤡

I demand an apology Nicholas, you’ve made my gardener so jealous!

Um… whatever that means? Like I said this is just an attempt from Nick Cannon to get Eminem to go on his show so any reply Em gives him will only give him the attention/relevance he craves. Not that either of these two are particularly relevant right now but I think we can agree Eminem is still leaps and bounds ahead of Nick Cannon.