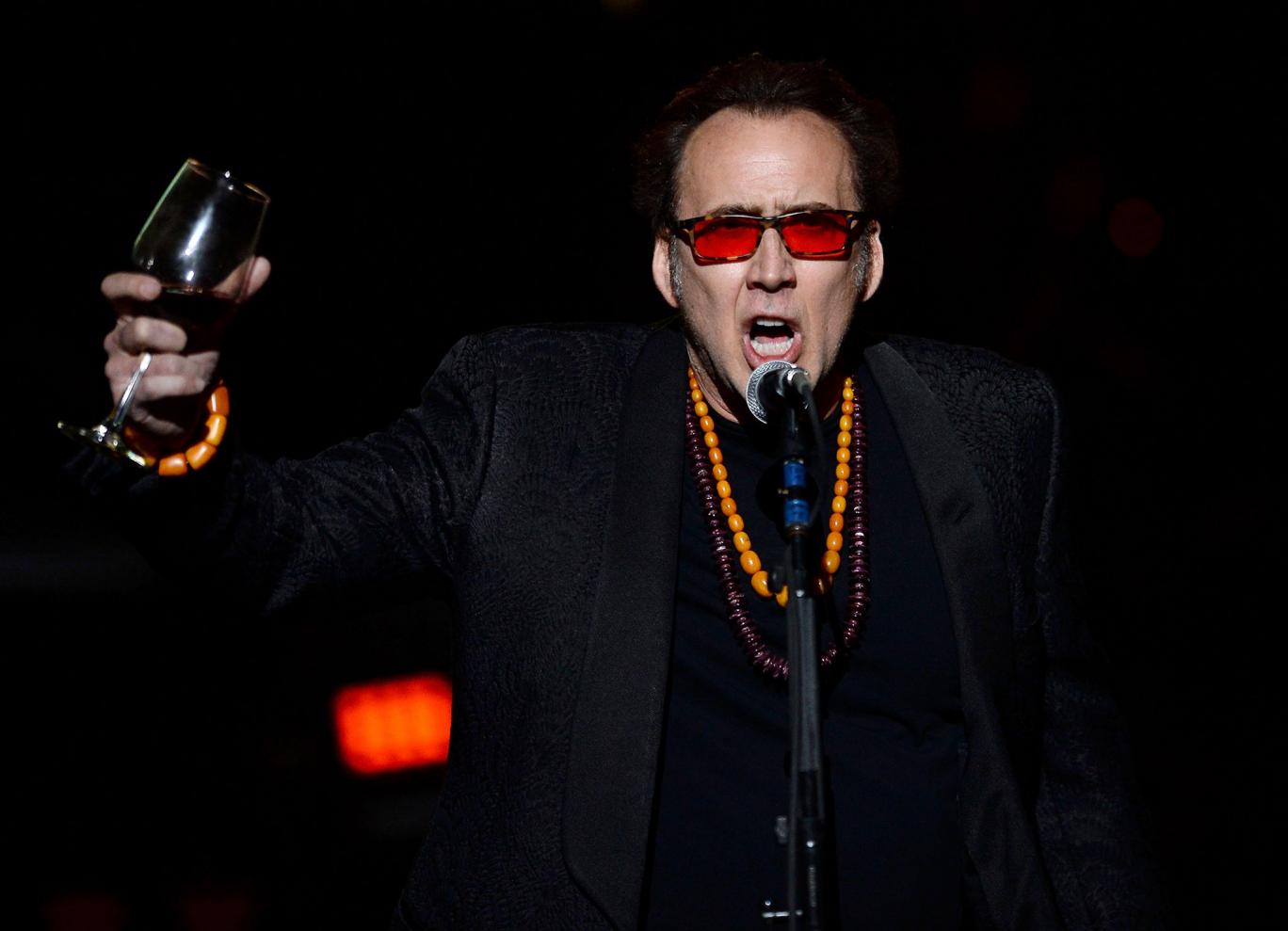 As well as being a world famous actor, Nicholas Cage has to be one of the internet’s favourite memes. I mean, who can forget the evolution of his hair?

With that in mind, clearly Nic is willing to play up to this character as he recently turned up to a Nic Cage-themed festival called CAGED.

Not only did he gatecrash his own celebration, put on by the Alamo Drafthouse in Austin, but he also decided to add icing to the cake and give a 10-minute reading of Edgar Allan Poe’s short story ‘The Tell-Tale Heart’. Needless to say, it was a treat for all:

The event itself sounds like a fitting celebration of Nic’s greatness. Held every January, the month of his birthday, this year they played a selection of his films including ‘Bangkok Dangerous’, ‘Joe’, ‘Bringing Out the Dead’, ‘Army of One’ and ‘Lord of War’. OK, so I’m not that into Nicholas Cage’s actual films (aside from ‘Wild at Heart’) but I wouldn’t be averse to sitting through them if the man himself was there. What a cagey experience that must’ve been.

For more of the same, here are ten reasons to love Nicholas Cage.