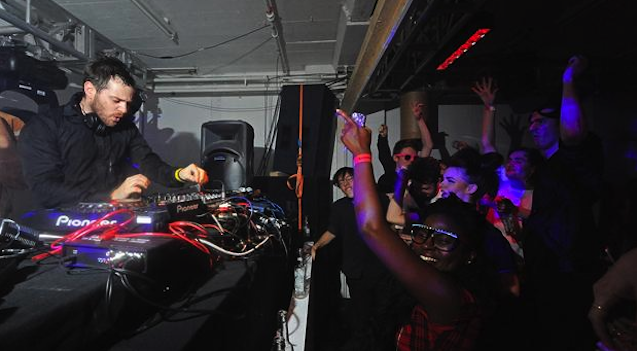 We wrote about the Next Level Party at the Bussey Building on the site a while ago, and let’s just say it didn’t disappoint.

The Bussey Building was decked out like I had never seen it before. All the floors were open and there were secrets rooms dotted around the whole place that made the vibe totally different from your average club night – it was more like a giant house party than an actual rave.

Desperados said before the party that they wanted to take it to the next level and they succeeded in doing so with this unique layout that meant you never really knew where the night was going to take you. All the secret passageways and weird surprises – like all the people dressed up as robots on the third floor, and everyone wearing horse masks on the first – definitely made it one to remember.

The music was on point all night with Mike Skinner absolutely smashing it in his headline DJ set and Sick Chirpse favourite Mumdance delivering a flawless set too – as expected.

Check out a video of the night below to get an idea of what you missed out on and to make sure it doesn’t happen again. Don’t make the same mistake again.