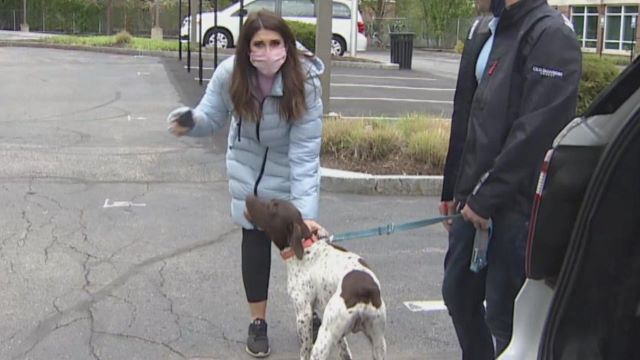 What are the chances?

This story happened the other week but I just came across it and it’s still worth posting. A news reporter covering a local dognapping story ended up solving the case after the suspect walked right past her… while walking the missing dog.

#ICYMI: I HAD to repost this story told by the lovely @MeganAlexander of @InsideEdition ! It aired last night after #7News at 6pm! pic.twitter.com/KvW176Q6xQ

What are the chances of that? Well a better question would be – how stupid is this dognapper? Not only is he wearing the EXACT same outfit he wore when he stole the dog, he’s in the EXACT same spot where he did it. Just look at this moron:

His excuses are really dumb too – first he says he tried to call the number on the dog tag but his phone was broken (?) and then he says he’s a dog walker who accidentally took the wrong dog from a parked car… and then just kept it? I mean this guy is in the running for dumbest crook of 2021 for sure.

Here’s the original news report it happened on:

Today I was on the job looking into a stolen dog in #Cambridge. I NEVER could’ve imagined that my photog & I would be the ones to actually FIND him! Happy to report we stopped the suspect (whose been arrested) & helped get #Titus back to his dog dad❤️ AND IT’S ALL ON CAMERA ⬇️ pic.twitter.com/ICj5viviRg

If I was him I’d have just dropped the leash and legged it as fast as I could. Big up Julianna and her cameraman for being aware of their surroundings and getting a hell of a story. And let’s hope this guy gets some jail time and a restraining order keeping him away from every dog on the planet.

To watch a terrifying lady literally throw her dog at a guy for filming her, click HERE. Spooky stuff.