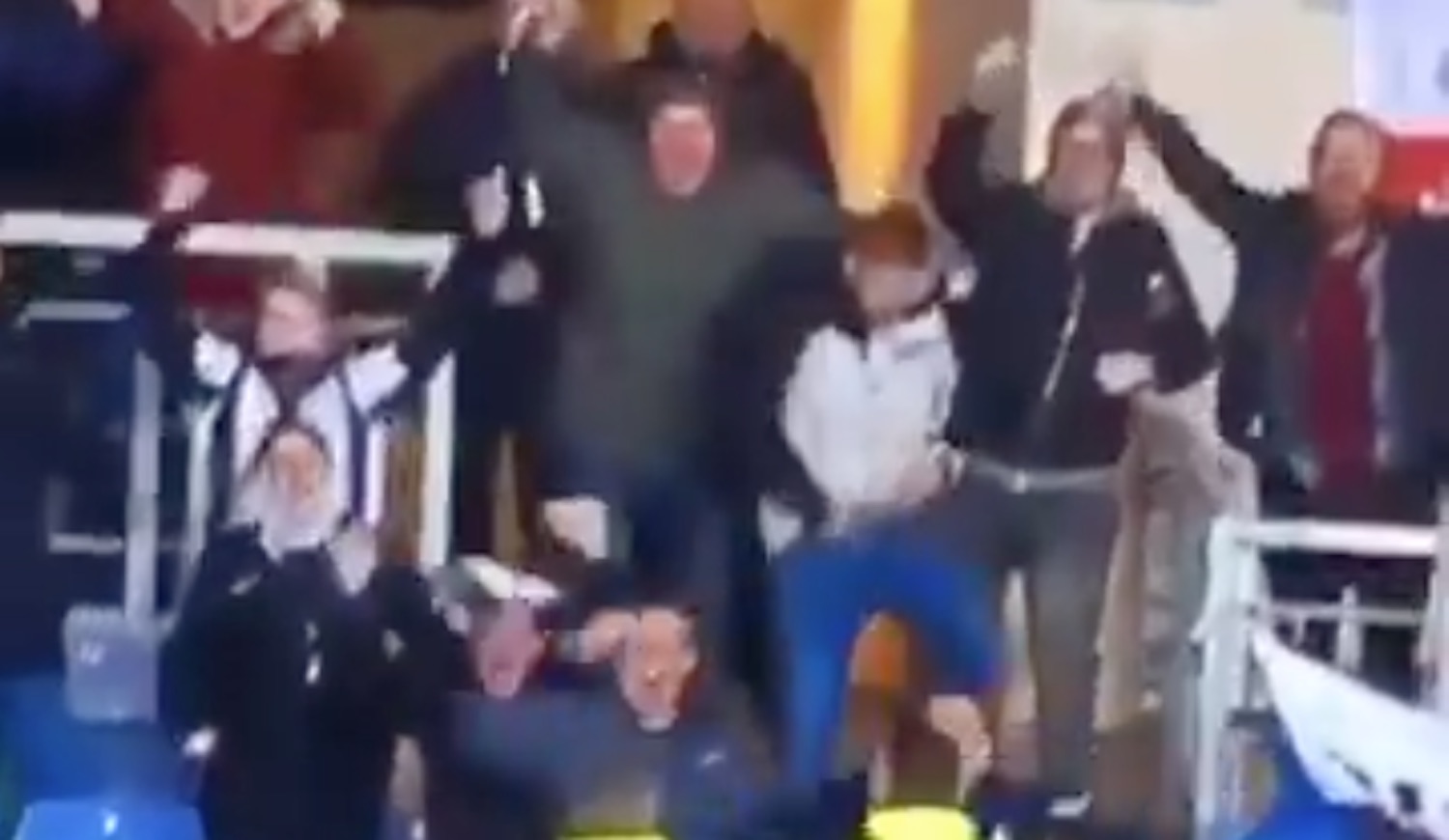 There’s nothing like being in the stands when your team scores a last minute goal to win a cup tie or whatever as everyone just loses themselves in the moment going completely mental.

If you’re a Newcastle fan though, apparently this feeling of adulation can also be mimicked scoring an extra time winner against lower league opposition who you were leading 2-0 with four minutes to go, only to screw it up. Clearly, the fact that Saint Maxim managed to bag the winner after Oxford had scored twice towards the end to force it to extra time meant a lot to one Newcastle fan in particular, who decided to celebrate in a way that I don’t think I’ve ever seen before: by getting his cock out and vigorously windmilling it.

Take a look for yourself and see what you make of it:

By Christ he was enjoying that wasn’t he? Guess it isn’t every week Newcastle win away from home against lower league opposition who have embarrassingly taken them to a replay though, so he’s gotta make the most of it. Joelinton also got a goal, so you know double the reason to celebrate. Probably kinda surprising more people didn’t get their dicks out to be honest.

For more windmilling, check out this guy jumping on a McDonald’s counter at 5:15 and doing it. Idiot.