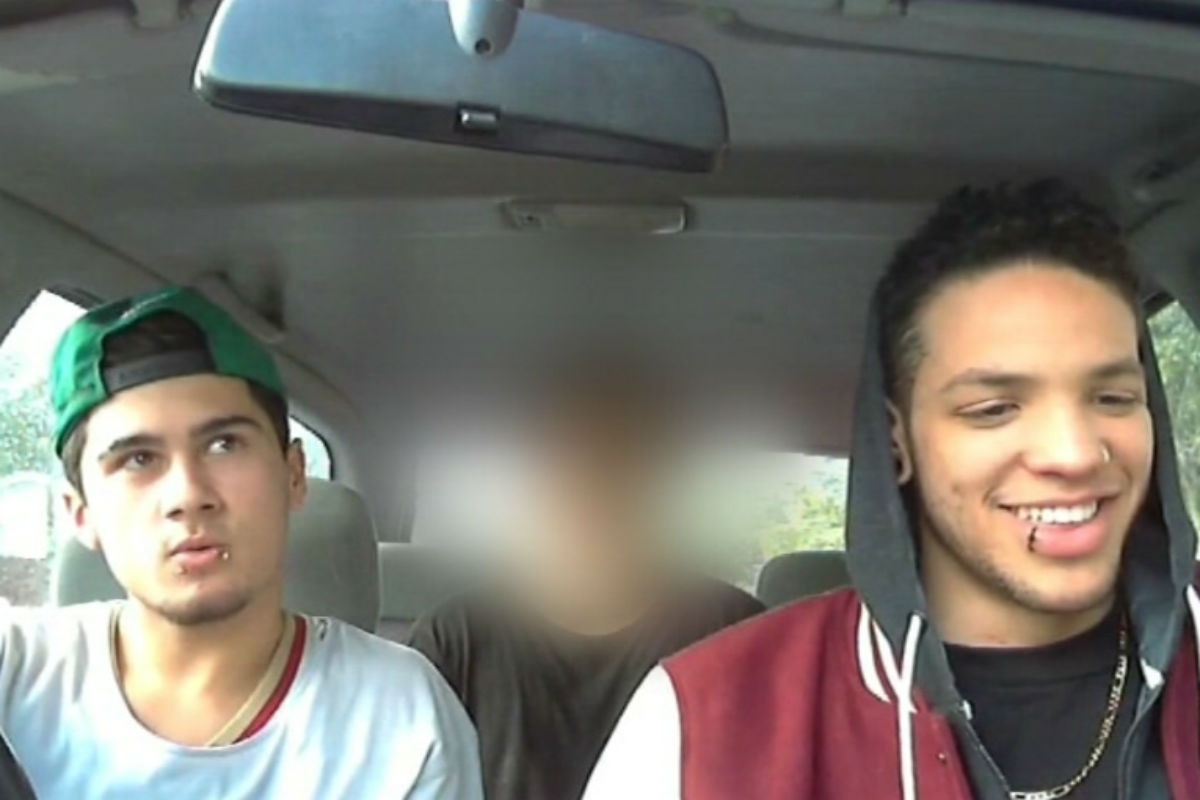 A group of Auckland teens have been intoxicating underage girls, raping them, and boasting via social media under the moniker Roast Busters.

What to do when you’re young, male, living in Auckland, New Zealand, and the son of Dozer from The Matrix or allegedly the son of a cop? Well, like any one of us who might find ourselves in such a specific, and unique situation, no doubt, the answer to that question is to of course get underage girls so drunk they’re unable to say no, or fight back if they can, and then rape them in a gang rape scenario. That is the clear cut and honest answer any of us would give when asked that question.

No? Oh, right, yeah, you’re one of those decent human beings who prefers consenting, and of age, sexual partners. Sorry, living in a town so near Ian Watkins’ hometown, I forget that that’s not the norm. Excuse me while I put this drunk baby back in its cot and come at this story in a different light.

Rape is bad. It’s one of those things that shouldn’t need to be said, but sometimes it feels a lot like it really needs to be hammered home for a lot of people. Getting underage girls so drunk they can’t say no, are unable to fight back, or are forcefully coerced into sexual activity because they clearly ‘wanted it’, and then gang raping them, is bad. Someone else that might need to be said. Particularly to the Roast Busters and their seeming supporters. Even if it’s portrayed as group sex. That’s ‘group sex’ with underage girls, that were intoxicated so they weren’t able to do anything about it. Still bad.

The Roast Busters, by the way, are a group of young men from the Auckland area of New Zealand, who very much revelled in the pastimes I’ve highlighted so far, and included members who fit the description of ‘son of Dozer from The Matrix’ and ‘alleged son of a law enforcement officer’. Not only did they like to take part in said activities, but they also enjoyed filming videos of themselves boasting about the events, and possibly the events themselves, to social media sites like YouTube, Twitter and Facebook, where they even had a dedicated Roast Busters fan page.

The idea being to shame these ‘sluts’ and boast about their sexual conquests. Though, one video featured this sentiment in relation to both those things; “We take what we do seriously, some of you think this is a joke, it’s not. You try and get with the amount of girls we do. This is hard, it’s a job, we don’t do this shit for pleasure.” Hey, it’s a tough job, but somebody’s gotta do it, right?

Some other notable quotes that have been found online include a reminiscing of one members first roast; “My first actual roast for the Roast Busters was bad, it was fun, I felt like the man. I thought this is going to go big, everyone is going to know about the Roast Busters.” And another when answering ‘what saying do you use the most?’ responded ‘Go ahead, call the cops, they can’t unrape you.’

These activities had been going on for some time, with New Zealand police being entirely aware of the group’s activities and the social media presence; something that they monitored in the hopes of accumulating evidence to prosecute. However, since New Zealand’s 3News became aware of the group and decided to hit hard, naming and shaming members and doing numerous reports on the group the Facebook pages have disappeared. Replaced instead by numerous vigilante groups.

Some of the boys’ female friends have come out in support of them though, saying; “They are good guys. Like, they can make real dumb decisions, but they’re being teenagers.” “What they’re doing is wrong, and it’s very wrong, they should not have put this on Facebook. They wanted to be famous, and they got their fame in the worst possible way they could think of.” “I don’t think they’re rapists, like, they’re actually pretty good dudes.”

Since the story went to press, thanks to 3News, a number of members have come out as not having been members for a few months to a year, which of course clears them of any association, and one poor member has lost his job since his employer found about their employees exploits. One member posted a message online describing how he had learned a valuable life lesson from his time raping underage girls that will see him through life, and help show that he is a good person at heart. Though, he did say he deserves any consequences he receives as a result of his past actions. A number of members have received death threats.

And currently, that’s how it stands at the moment with no charges being pressed on the grounds of no sufficient evidence available to New Zealand police, and all victims too ashamed, afraid, or traumatized to come forward at this current time. Or, in the words of New Zealand’s Detective Inspector Bruce Scott; “None of the girls have been brave enough to make statements.”

For more on the story check out some of the articles, interviews, and videos on 3News.