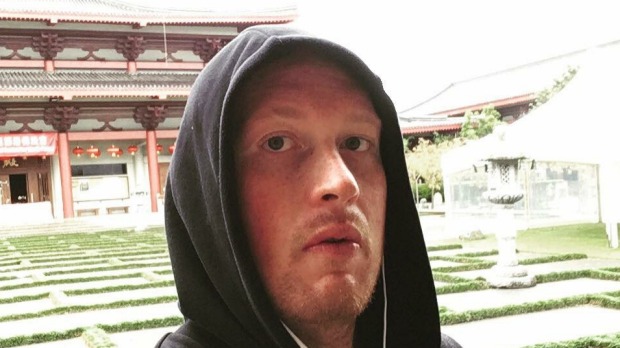 Is there anything more tragic than fucking up your entire life in the quest to follow your dreams?

Probably, but this story about a kid called Clinton Thinn is still pretty sad and idiotic. Thinn was a guy from New Zealand who inherited a hell of a lot of money after his mother died. Instead of doing anything sensible with it though, he decided to travel to San Diego to try and become a rapper.

Thinn had loved rap music for a long time and made a few rap videos himself, one of which you can see below. One friend of Thinn’s from college said the following about his videos:

The students often lied to Thinn and told him that he was a good rapper so that he should make more videos. We led him on because it was just funny for us to watch.

Ooof, maybe he should have asked a record label or someone who knew what they were talking about.

Anyway, his rap career didn’t take off in San Diego and Thinn ended up getting thrown in jail after a botched robbery on a Bank Of America with some of his new friends involving a flare gun and a hammer. That’s pretty dumb behaviour considering he owns a Mercedes and his own apartment, but I suppose he was trying to get some OG inspiration or something.

Remarkably, things got even worse when he was in the slammer. Mocked for his accent, Thinn was forced to find protection with the Aryan brotherhood. Shortly afterwards, he was involved in a fatal gang fight where another prisoner lost his life and he now stands accused of first degree murder. If convicted, he faces the death penalty or a minimum of 25 years in prison.

What an absolutely fucked up and stupid story. I hope this guy manages to get some help or sort himself out over there because he sounds like he’s either taking the fall for someone else or was forced to kill someone else as some kind of initiation. Prison is fucked up over there man. I suppose at least it might help him come up with some bars if nothing else.

For more of the same, check out this wannabe gangster acting all tough with a gun and almost shooting himself. Loser.