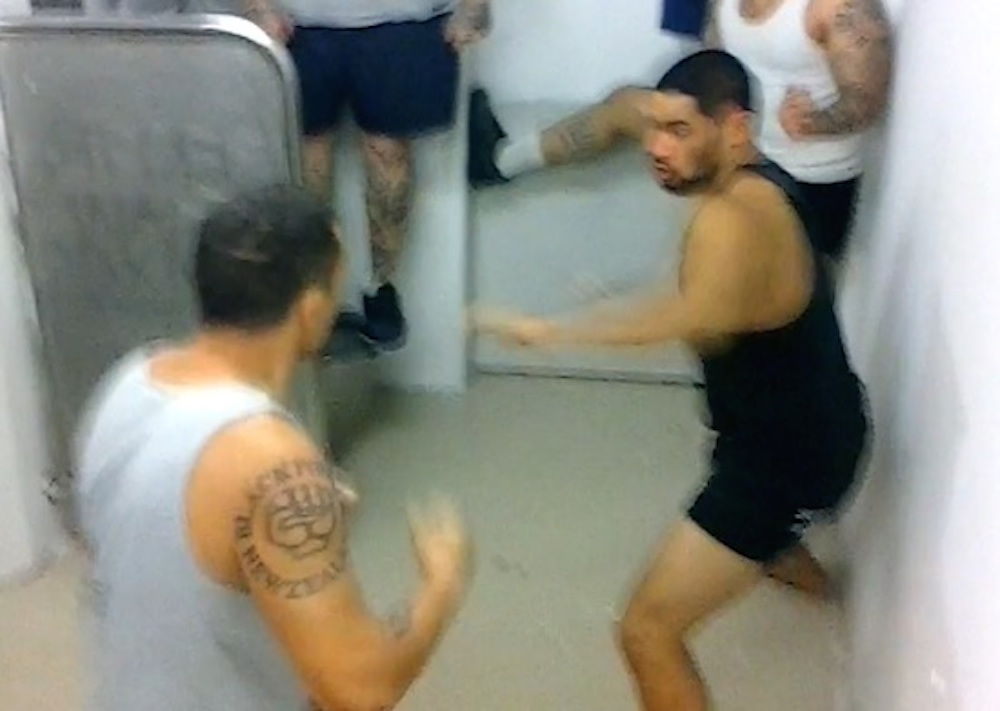 Even though phones and fighting are illegal in New Zealand, these guys are still filming their own fight clubs inside their cells.

Most TV shows or movies about prison imply that the prisoners incarcerated there tend to spend most of their time beefing with each other and fighting/raping each other, but it seems like this is mostly because there’s some kind of genuine quarrel between them rather than just to pass the time.

I didn’t think that they would actually organise real life fight clubs within prison so that the toughest inmates could just sit back and watch other inmates beat the crap out of each other (probably in order to see who won’t get raped that night), but it turns out that exactly that is going down at the Mount Eden Correctional Facility over in New Zealand. Despite the fact that both fighting and mobile phones are banned inside the prison, this video of one guy beating the absolute crap out of anyone willing to fight him has been released and it’s brutal as hell.

The fighting style is relentless with everyone involved just unloading with fists to the face, but my favourite thing about it is probably how all the other inmates are just standing around watching them and egging them on. It really does look like there’s nothing better for them to do in prison and that this is the most entertainment they’ll get all year. It’s certainly not something I want to be involved with though, especially when there are absolutely terrifying gangs in New Zealand like the Mighty Mongrel Mob many of which are no doubt in prison and looking to batter the crap out of wieners like me.