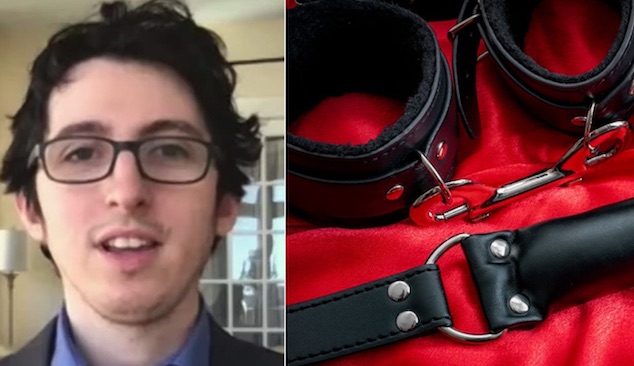 In fairness to Weiner, he’s completely owned the fact that the footage has been released, saying the following:

I didn’t want anyone to see that, but here we are.

I am not ashamed of the private video circulating of me on Twitter. This was a recreational activity that I did with my friend at the time, for fun.

Like many young people, I have grown into a world where some of our most private moments have been documented online.

I have no idea how the footage has been released. It’s definitely a violation of trust.

In fairness to Weiner as well, it sounds like the video being leaked has actually succeeded in raising his profile massively too. Before it was leaked he was a massive outsider in the race and nobody even knew who he was, so at least it’s put him in the equation. Wouldn’t be surprised if he leaked the footage himself to be honest – that’s the kind of thing people are doing these days isn’t it? Good luck to the guy.