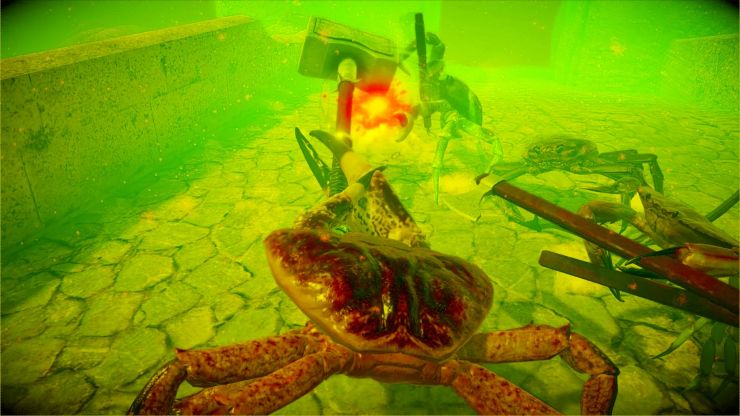 It’s a crab based beat ’em up.

Despite the fact that the video game market is absolutely massive, it’s pretty rare that you manage to find a new game that’s completely and utterly original but it looks like we might have one in the form of ‘Fight Crab’.

Whilst it is at heart just a regular beat em up game, ‘Fight Crab’ has an advantage over its contemporaries by not using vaguely humanoid characters as its protagonists but instead choosing to have all different manner of crustaceans as their avatars. The aim of the game is to flip the crabs onto their backs for a certain amount of seconds in order to win the fight – the more damage that the crabs sustain then the easier it is for this to happen.

There are also a variety of weapons that the crabs can use during their battles including lightsabers, fans, drills, swords, and Thor’s hammer Mjolnir. Take a look at the trailer below:

I mean that does look completely and utterly ridiculous doesn’t it? Also looks kinda difficult to control as well from the way the crabs are floating/bouncing all around the stages with their limbs flying all over the place?

Sure the developer know what they’re doing but it kinda looks more like a dumb novelty game than the serious crab fighting game I was hoping for. Will probably still check it out though sure.

For more of the same, check out this guy who caught an absolutely monster crab after fully immersing himself in a hole. Terrifying.