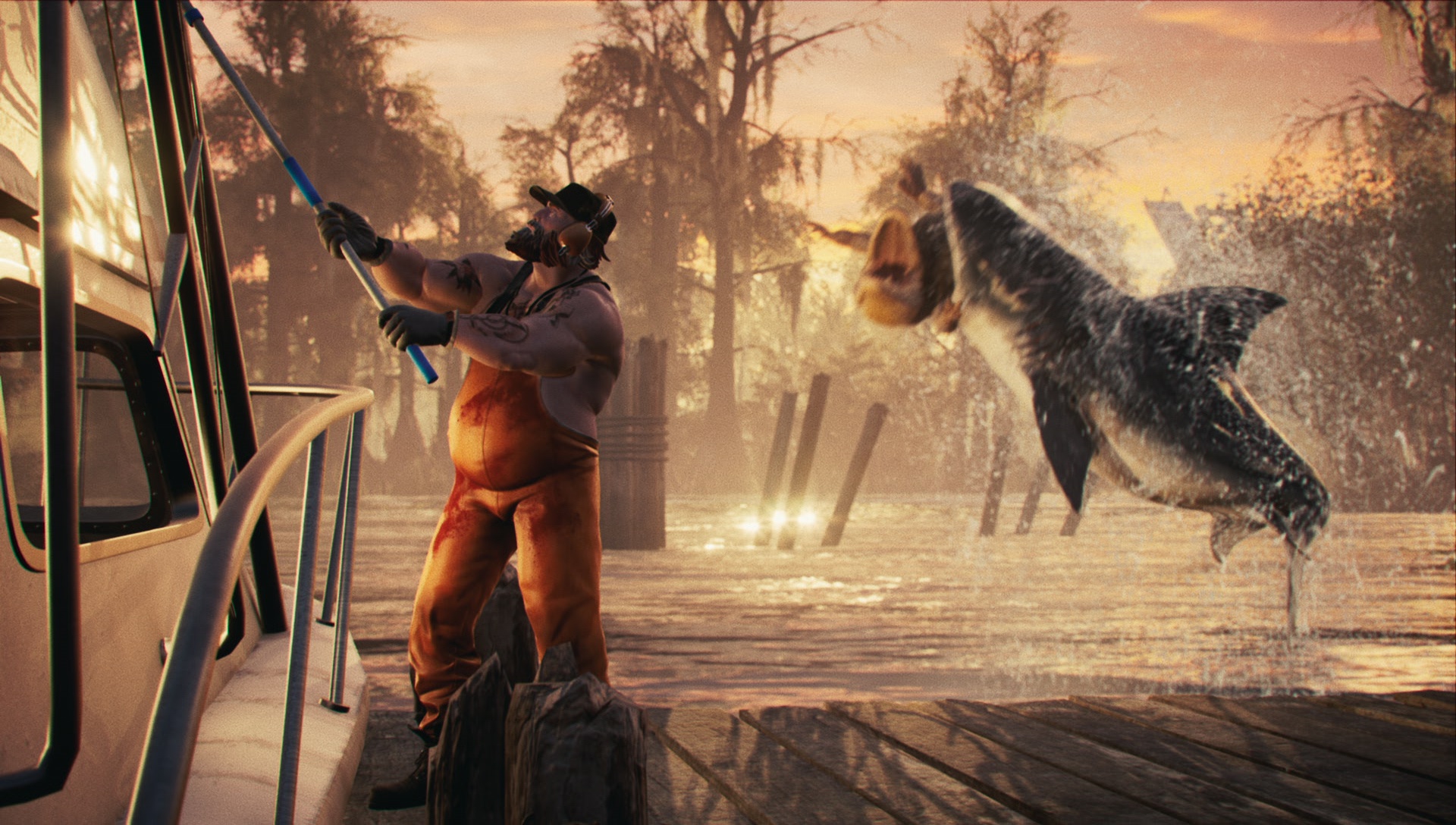 The game we didn’t know we needed.

How many times have you been playing Grand Theft Auto and you’ve thought to yourself ‘man, the only way this could be better was if I was playing as a shark’?

Pretty sure nobody has ever said that because a) it’s a ridiculous idea and b) Grand Theft Auto is a sick enough game anyway. Except for a guy called John Gibson that is, as he’s spent the last couple of years of his life developing a game that lets you play as a shark in a Grand Theft Auto style game.

Confused – you will be. Take a look at the trailer below and then read what John has to say at E3 about it after that:

The three words that we think sum up the game best are: eat, explore, and evolve.

Pete is the best fisherman in the gulf, [and] he’ll tell you he’s the best shark fisherman. He disfigures our baby shark at the beginning of the game, and he does some really nasty things, so he’s not a very nice guy.

The story of Maneater is told through the lens of a reality show called ‘Sharkhunters versus Maneaters’. It’s like GTA if you were a shark.”

Growth comes about through eating things – nutrients, people, whatever you can find. And that’s kinda like your XP in the game; that allows you to level up, your shark will grow a little bit, he’ll get more powerful. Then at key phases we call ‘life phases’, you’ll make a big jump.

As you reach these life phases, you unlock evolutions, which can be applied to parts of the shark’s body. For example, you could get metallic teeth that’ll allow you to shred boats, or a powerful tail that allows you to jump to incredible heights.

Or you could get mutated lungs that allow you to spend a little more time on the beach getting those afternoon snacks.

I mean it sounds like it’s gonna be a blast doesn’t it? Just swimming around, eating people and hopefully murdering that bastard Pete at the end of it. Not really sure how they’re going to incorporate a mission structure into the game – how much can you do when you’re shark? – but hopefully they’ve got a few ideas up their sleeves and this could turn into a classic.

No news on a release date yet, but Gibson said that it would definitely be out before next year’s E3 so hopefully for Christmas or something. Fingers crossed.

For more of the same, check out this 80 year old crocodile catching and eating a shark. Might have to watch out for those in the game too.