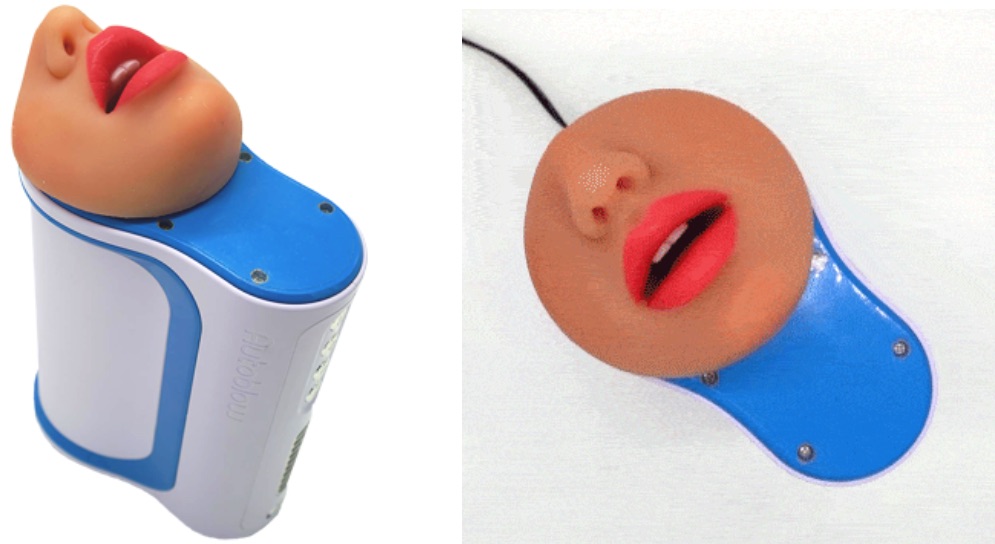 You might remember a while ago on Sick Chirpse we featured what was being marketed as the ‘ultimate blow job machine’ in the form of the AutoBlow II and now its creator Brian Sloan is back with what looks like the next step in the evolution of sex toys.

If that hasn’t convinced you to invest, then check the press release about it, as well as a couple of videos on the subject:

The Autoblow A.I. uses a microcontroller in combination with an I.R. beam sensor and magnetic field sensors to control a gripper that manipulates a fleshy sleeve between any of 250 different points along a 5-inch-long stroking plane to deliver a variety of human-like movements to theuser’s penis.

Damn it really does sound like Brian and the guys and girls at VIECI really have put their heart and soul into this over the last three years, although there is one final piece of the puzzle. They’re crowdfunding to fund the manufacturing of the last molds that they need to build the actual units and they need your help to do so.

Actually, they’ve already made almost all of their target so they probably don’t, but if you want to help them I’m sure they would appreciate it and you would bag yourself a pre-order for the AutoBlow AI. Maybe it would make a good Christmas present for somebody. You can check out the page here and there’s a lot of information about the whole thing on there too if you still need more of that as well.

If you’ve had enough of blow job machines, then click here to experience the real thing. You can’t beat it.