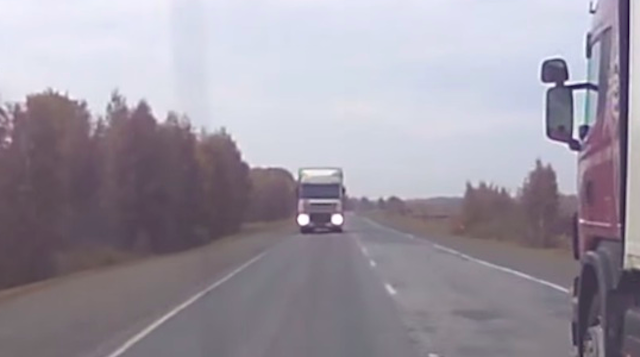 Especially when there’s another lorry coming towards you.

As if the footage a couple of weeks ago of the dash cam of a fatal motorcycle crash wasn’t enough, this one from Russia is almost as harrowing.

It focuses on an idiot driving along a 124 km road from Chelyabinsk to Troitsk, who gets a bit too impatient being stuck behind a truck and two other cars. Instead of just chilling and waiting it out he tries to overtake all three of them but completely misjudges the speed of another truck coming towards him. As it goes, he ends up losing control of the vehicle and spinning into a ditch.

The POV footage is especially shocking and harrowing as normally you see these things from the POV of the car behind or something. There were five people in the car during this accident and thankfully none of them were killed as a result of it but four of them did end up in hospital. Basically just be careful and don’t do anything dumb like this when you’re driving, especially if you’re in Russia and you don’t want to make it onto a highlight reel of the ‘best’ dash cam videos.