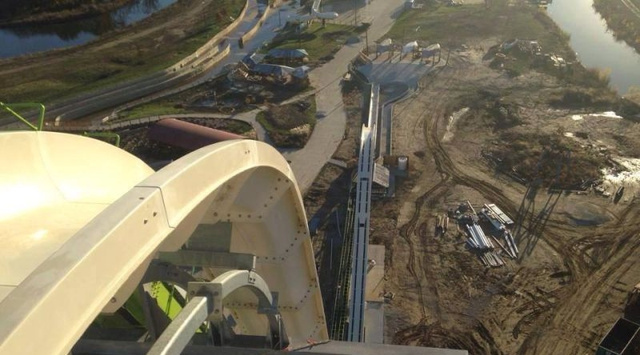 It’s over 140 foot high and you travel at speeds of over 65 miles per hour.

This waterslide in Kansas City Waterpark is named Verruckt Megablaster – Verruckt is German for insane and it’s a justifiable tag because something like this has never, ever done before. All we know right now is that the slide stands at over 135 feet and this is only because its makers have said that it will ‘tower above’ the current biggest waterslide in the world which is 135 foot high and located in Brazil. It’s called Insano so it seems clear that waterslides seem to like referring to themselves at insane. The final height of Verruckt will be announced once it’s finished being constructed.

Once finished, you’ll be able to ride down it with three of your buddies in a raft at speeds of over 65mph. This does sound pretty extreme but I think it would be a lot scarier and faster if you had to ride it on your own, for obvious reasons. Also the fact that there’s a second smaller hump at the end makes it less scary because it gives you a lot more time to slow down, rather than just flying into a pool at breakneck speed and maybe breaking something because you’re going so fast and then hitting the water. I guess it’s kind of scary that you’re going so fast down it that you go back up the other one though. 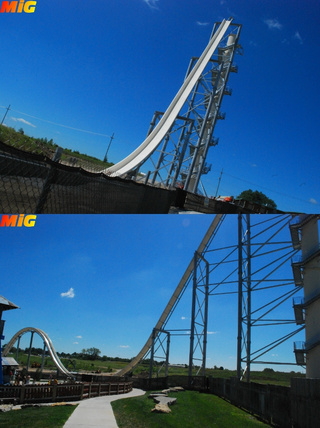 It’s scheduled to open in the spring of next year. In the meantime, here’s a POV video of going on Insano to tide you over until then.