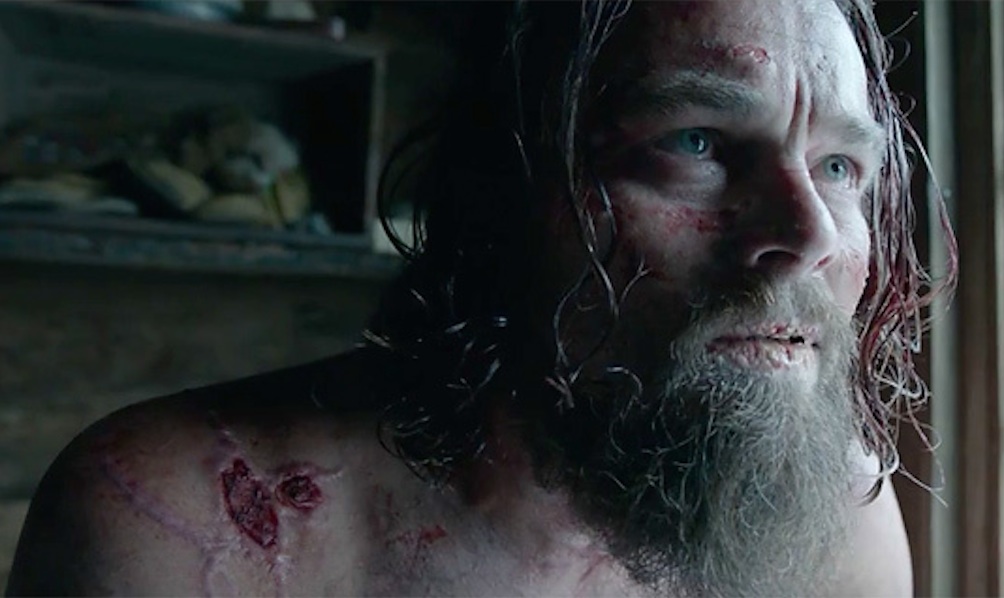 We featured the first trailer for The Revenant a couple of months ago, and we were pumped up about it back then. Now the second trailer has dropped and we’re even more stoked about it.

Inspired by true events, THE REVENANT is an immersive and visceral cinematic experience capturing one man’s epic adventure of survival and the extraordinary power of the human spirit.

In an expedition of the uncharted American wilderness, legendary explorer Hugh Glass (Leonardo DiCaprio) is brutally attacked by a bear and left for dead by members of his own hunting team.

In a quest to survive, Glass endures unimaginable grief as well as the betrayal of his confidant John Fitzgerald (Tom Hardy).

Guided by sheer will and the love of his family, Glass must navigate a vicious winter in a relentless pursuit to live and find redemption.

Wow. That looks pretty intense – how the hell is Leo gonna survive riding his horse off a cliff and falling down that massive waterfall!?!

The fact that Alejandro G. IÃ±Ã¡rritu is involved and he’s pretty much never made a bad movie before only makes me get more hyped up that this is going to be a smasher. Let’s just ignore the reports that it’s $40 million over budget and hasn’t even finished filming yet due to IÃ±Ã¡rritu forcing everyone to shoot it sequentially and in natural light for now eh?

I suppose we’ll have to wait until Christmas Day to find out what happens to Leo (and if the movie is finished), but I’m sure he’ll get out of it and at least manage to kill Tom Hardy before he croaks himself. I guess I could just Google what happened if I really wanted to know but I think it will be way more exciting to wait and recommend you do too.

The big question though is whether or not Leo will finally win an Oscar for this one, or will he have to settle for walking around with a fake Oscar like this guy to get attention in the future?