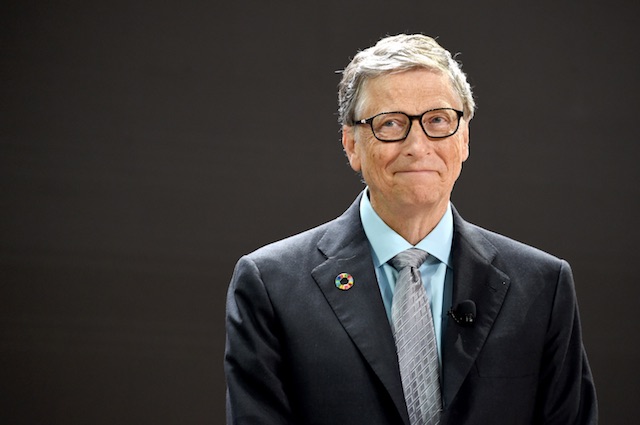 When I think of Bill Gates, I generally just think of some old computer nerd who might want to secretly control everyone in the world by injecting them with viruses, but I definitely don’t think of him as some lechy old perv trying to get with every woman he comes across. More like the old sweet guy who works at the model railway store who’s very nice and polite to everyone he meets.

Turns out that my impression of Bill Gates is completely and utterly wrong though, as a New York Times report was published yesterday in the wake of his recent divorce proceedings with his wife and it’s framed him as a major sex pest during his time as chairman of the board at Microsoft. Here are a few of the highlights: 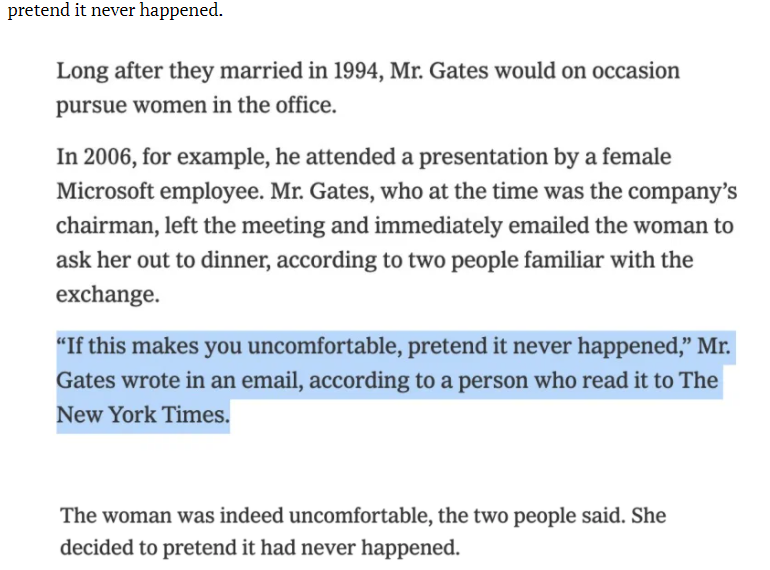 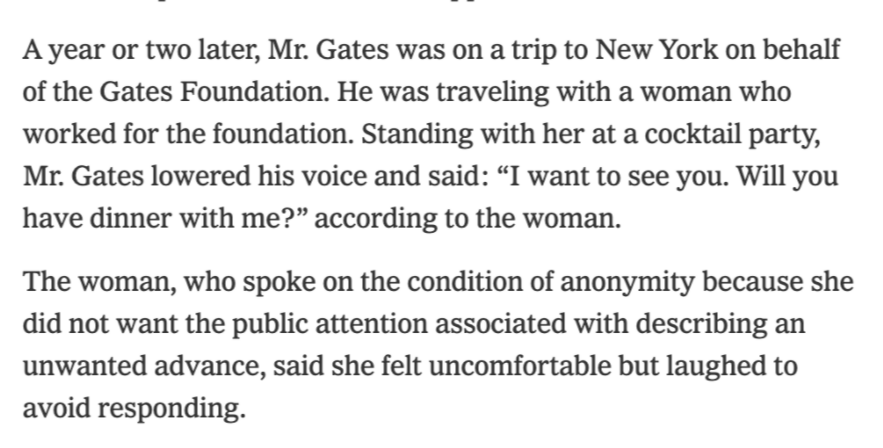 During the probe, some board members decided it was no longer suitable for Gates to sit as a director at the software company he started and led for decades, sources said. They didn’t want a director associated with this situation in the wake of the MeToo movement.

I mean this doesn’t actually sound that bad? Obviously it’s awkward and inappropriate and massively unprofessional/morally questionable, but mostly it just paints Bill Gates as a major loser as despite being one of the richest and most powerful men in the world, as he couldn’t even use his influence to convince women at work to even go on a date with him, let alone sleep with him. Guy must really be asking himself what the point of inventing all that computer stuff was if all these babes are still laughing off his advances.

It’s also kinda funny that the board were worried about getting tagged by the #MeToo movement considering how awful some of the stories that came out of that were and the worst thing Bill Gates has done was be a horn dog incel geek. OK, he did sleep with someone apparently but that sounds like a drop in the ocean of inappropriate behaviour compared to Weinstein or whoever.

Anyway, there are definitely going to be more dumb stories coming out of his divorce though and I for one can’t wait to hear them. Whoever would have pegged Bill Gates as a major sleazebag?

For more of the same, check out this deal Bill Gates made with his ex wife about hanging out with his ex girlfriend once a year. Very, very weird.