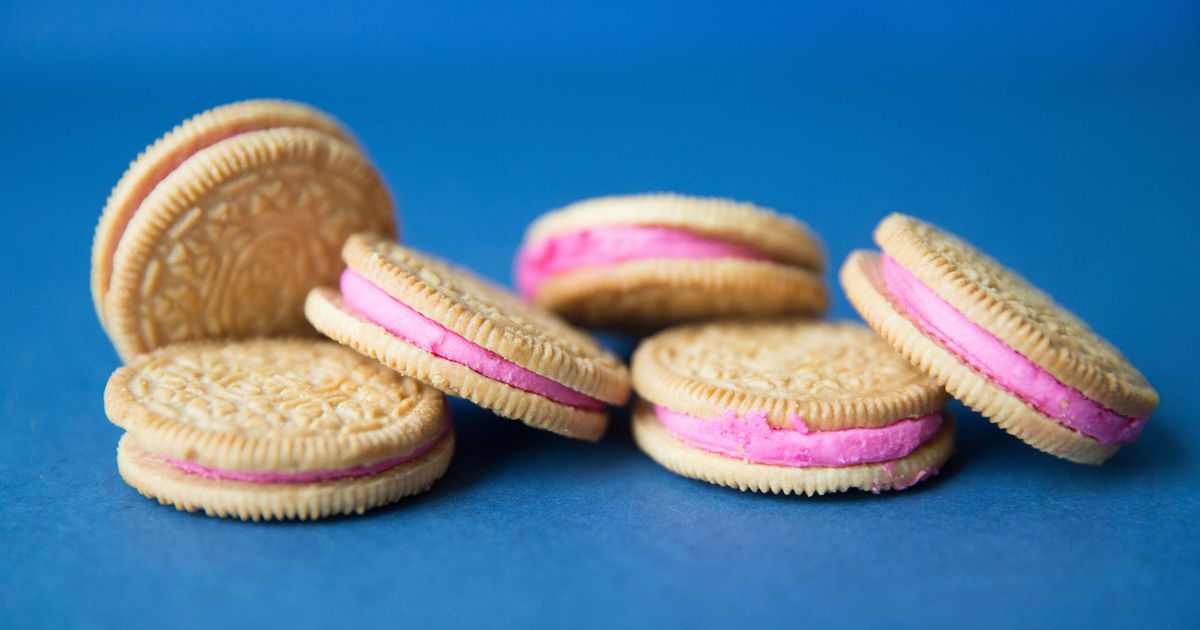 An unexpected side effect.

Oreos are a fantastic cookie based snack, so it makes sense that the company would try and expand the range to create more fast treats and more profit. Unfortunately, they probably need to make sure any new food items are tested thoroughly before they hit the market, otherwise they might end up with some unexpected side effects like their new pink Oreos are displaying.

These pink Oreos have a pink marshmallow filling instead of a the usual white one, and apparently the dye used to achieve this effect is also turning people’s tongues and poop bright pink. I haven’t been able to find any pictures of the pink shit on social media, but there’s a couple of pictures of people’s tongues below that I’ve found:

Pretty bright, right? I can only imagine what fluorescent pink shit looks like, but I think I would be fairly distressed if that was coming out of my butthole.

Still, it’s not like anybody else is going to see it and if it doesn’t actually harm me then I’m not really sure why people are getting so upset about it, although it is kind of weird of course. Apparently it’s all legit though, with Kimberly Fontes, the senior communications manager of Mondelez International, saying that the dye used in the cookies is FD&C Red Number 3, which is approved and considered safe by the FDA. Phew.

Still probably wouldn’t want to see that in the basin after I’ve received myself, but hey at least we know what’s going to happen after we eat them now. I suppose it’s kinda like when you take a dump after eating sweetcorn, you get used to it eventually.

For more poop, check out this guy who was constipated for ten years and had to have an 11 pound turd removed from his colon. Nasty.